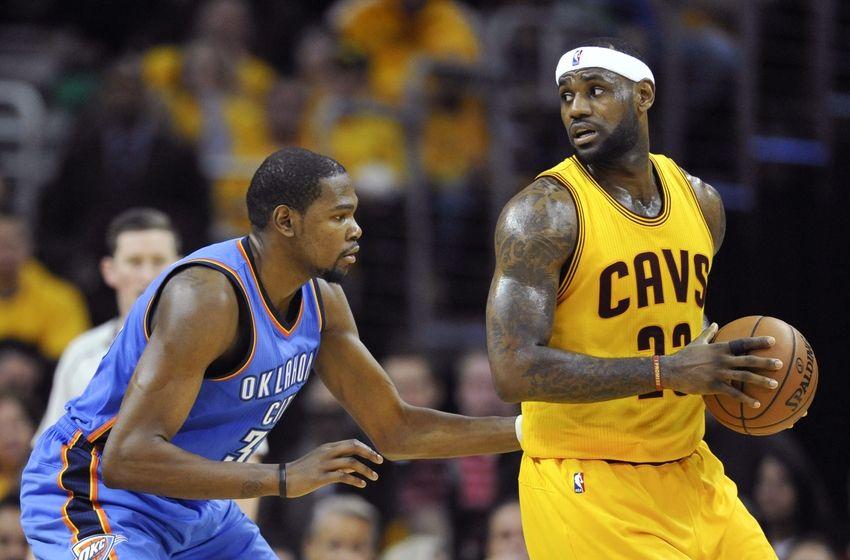 In the 2012 Finals, the NBA world witnessed the two best overall players go head-to-head in a series that could easily have been one of the best of all time. LeBron James, Dwyane Wade, and Chris Bosh vs. Kevin Durant, Russell Westbrook, and James Harden.

As LeBron arrived at the top of the list for best current basketball player in the world, Durant was hot on his tail. After experience proved to be the deciding factor in those Finals, LeBron James went on to win two NBA Championships. Kevin Durant, however, hasn’t seen the NBA Finals since reaching for the first time in 2012.

This season, Durant has missed 55 games due to the recurring issues involving his Jones fracture. He’s fallen off of a lot of the fans’ and media’s radar with all the attention shifting to LeBron James and Stephen Curry.

“It used to piss me off, but I love it now,” Durant told ESPN. “Just gotta show and prove. I don’t deserve to be up there with them this year. Next year is a different story.”

Durant understand why people have sort of forgotten about him, as written by ESPN’s Royce Young:

In ESPN.com’s 2014 NBA Rank project, Durant finished a stunning eighth overall, after coming in No. 2 overall in 2012 and 2013. With his season clouded by foot surgery, the reason for the drop was obvious. But that doesn’t mean Durant isn’t using being overlooked as motivation.

Durant has now had three surgeries this season, including the latest one, a bone graft, season-ending surgery that would cost him anywhere from four-to-six months of basketball. He has since made his return to the hardwood to do some light shooting drills and hopes to be fully cleared by August.

With his upcoming free agency in 2016, Durant expects to remind everyone why he was the 2014 MVP and why he’s considered a top two player in the world right now.

“Sometimes you gotta remind people what you do,” Durant said last season. “They tend to forget.”