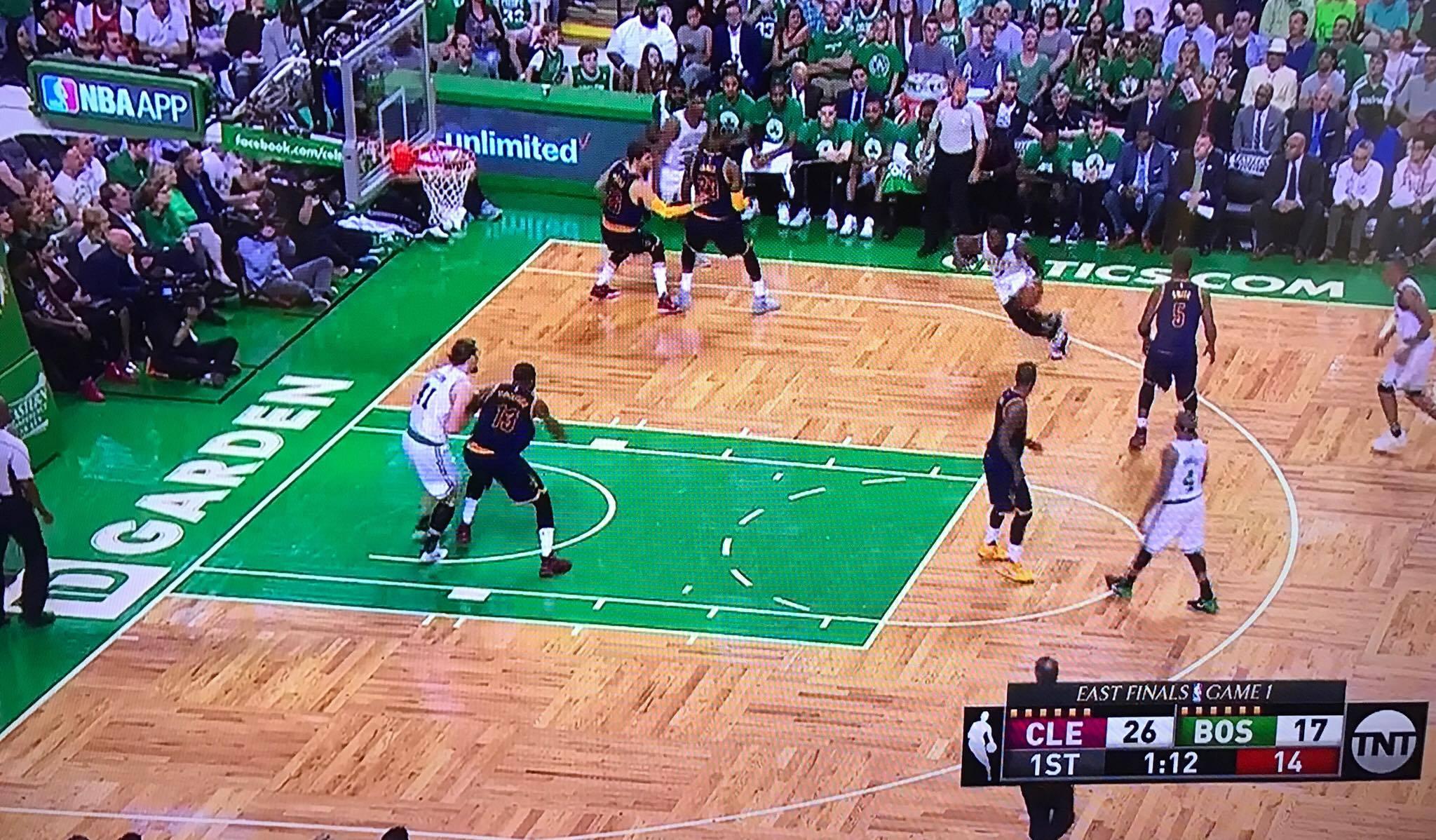 Fans of the Cleveland Cavaliers likely won’t ever forget Kelly Olynyk‘s shoulder yank on Kevin Love in the Cavs’ 2015 first round matchup against the Boston Celtics.

Earlier in the playoffs, Olynyk was at it again, appearing to pull down Chicago Bulls center Robin Lopez while trying to hold him off from rebounding a ball.

In Game 1 of the 2017 Eastern Conference Finals, Olynyk couldn’t stay away from grabbing arms, this time grabbing Tristan Thompson‘s arm to prevent him from rotating on defense to defend a shot at the basket.

Kelly Olynyk holds onto Tristan Thompson's arm to prevent him from rotating on defense #Cavs#Celticspic.twitter.com/eU1XTGCWtT