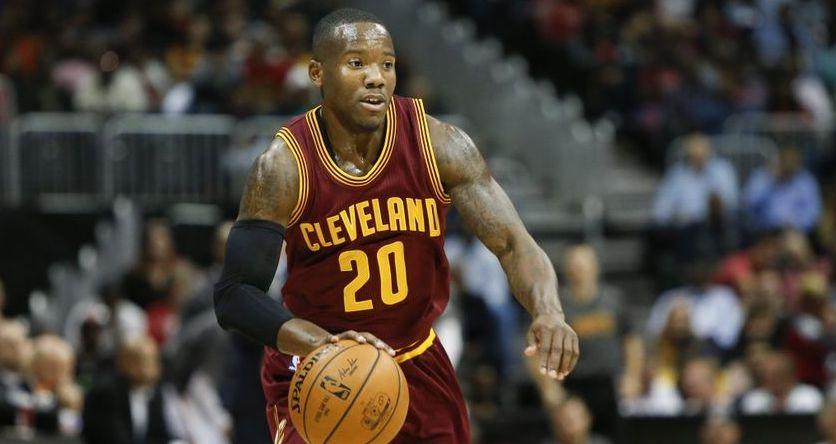 A lot has been said of Kay Felder‘s stature, but the 5’9″ point guard hasn’t let any of it slow his progression as a professional basketball player.

Felder, who played his collegiate ball at Oakland University, was acquired by the defending NBA champion Cleveland Cavaliers on draft day through a deal with the Atlanta Hawks. Since his arrival in Cleveland, Felder has appeared in 15 games and is carrying averages of 5.9 points, 1.9 assists, and 1.3 rebounds per game.

Felder hears the naysayers debate over the obstacles smaller players face in the NBA; he knows how difficult it can be. However, the crafty point guard has drawn inspiration from another player of compact size: Boston Celtics point guard, Isaiah Thomas.

Prior to last week’s game against the Boston Celtics, Felder spoke to members of the media with regards to his affinity for Thomas’ story of success in the NBA. Chris Fedor recants Felder’s quote in his recent article for Cleveland.com.

“Watched his whole career and I remember him hitting a big shot in the Pac 12 Tournament. He just dominated college all around and ended up leaving early. I thought about it — yeah, I can model my game after him and put in bits and pieces from guys like Chris Paul and D-Rose (Derrick Rose) and (Russell) Westbrook and those types of guys. But Isaiah Thomas has definitely been a big inspiration. He reached out to me my last year in college and we have been connected ever since.”

Fedor asked Felder what sort of message Thomas tried to convey when the two ball-handlers first met. Felder replied with a smile.

“Basically said be you. Do what you do. Do what got you here. I’m a scorer and assist type of guy so don’t let anybody change my game. That’s definitely the biggest thing.”

For Felder, Thomas is a fine mentor to have. Like Felder, Thomas is listed at 5’9″ and was selected late in his respective draft class (60th in 2011). Despite their modest height, it seems these two ball-handlers are poised to prove the doubters wrong.