JR Smith forgot a most honorable mention at ESPYs 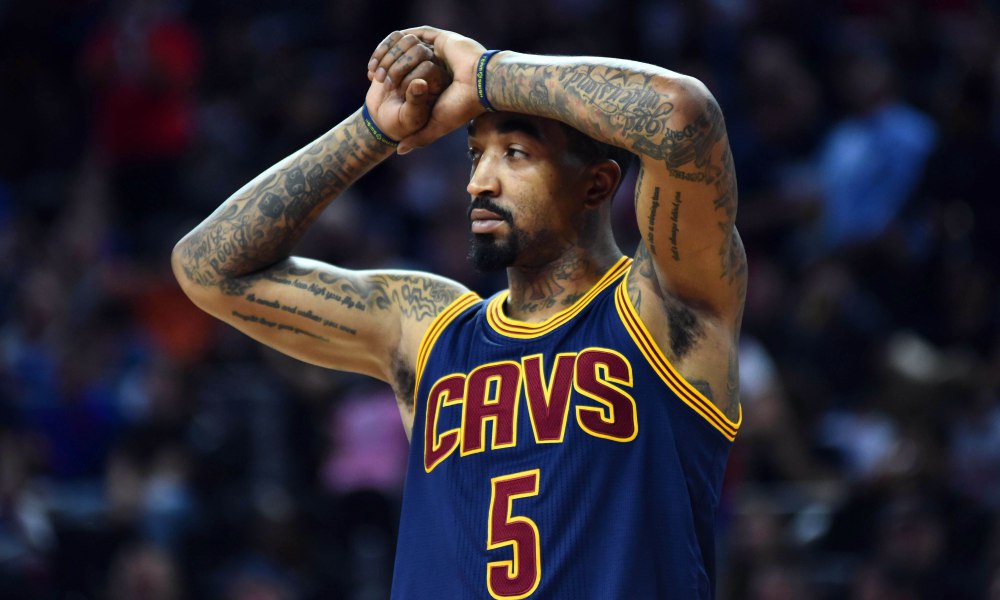 Winning the championship and proving you’re the best team in basketball? Cool. Winning the Oscars of sports for best championship and best team on the planet all year? Very cool. Along with five other awards in the annual ESPY’s, Cleveland pinched itself one more time on Thursday night to confirm it’s not dreaming.

Every Cavalier- player and fan- stood by each other till the end as they had at the team’s congregation in 2014. A surreal summer to say the least for the World’s newest champions, but everyone will acknowledge their appreciation for the hands on deck during deliverance.

Between staff and supporters stand families and friends of our heroes who know what winning means more than any super fan. In their acceptance of the best team ESPY, the Cavaliers improv-turned-shenanigins led to a dreamy yet amnesiac moment for JR Smith.

Last night through pure nervousness on stage I did not mention one person that should have, My Wife @jewey808 Thank you for saving my life an our children's lives. I know some wont consider it official until 08/08/16 but I have since the day I met you! To my best friend my partner my rib I thank GOD from the bottom of my heart and soul for you every single day!

At least this confirms Smith’s zen doesn’t lack mental nerve; perhaps just the one’s used in his jumper. While applauding his daughter probably won’t win Smith much slack from his Wife, he did win a moment of champion chivalry. Standing before doubters who put him in the limelight and benefactors waiting for him in the spotlight.