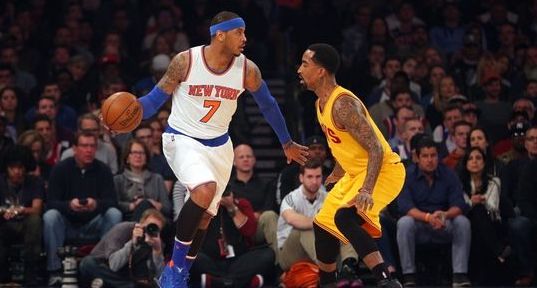 Being traded to the Cleveland Cavaliers back in 2014 marked the end of J.R. Smith’s partnership with Carmelo Anthony as teammates. They played together for the New York Knicks and Denver Nuggets for more than nine seasons, and formed a strong bond in the process.

The two were recently seen playing alongside each other again though, when they were spotted in a pickup game with some other professional players in Enes Kanter and Lance Thomas, among others. They appeared to be in great shape as they showcased their full arsenal — from outside shooting to attacking the basket.

Carmelo Anthony is going through a lot lately, with distractions stemming from all the trade chatter, and his well-documented marital issues. However, he still deserves to be given a lot of credit for remaining professional. He has not allowed the drama to dictate how he plays, and there have also been some clips over the summer where he was seen working out to further improve his game.

While Anthony has ruled out the Cavaliers as a possible trade destination, it’s always good to see him and J.R. Smith on the court as teammates for a good dose of nostalgia. 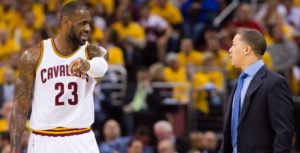