Jordan McRae is ready for the NBA 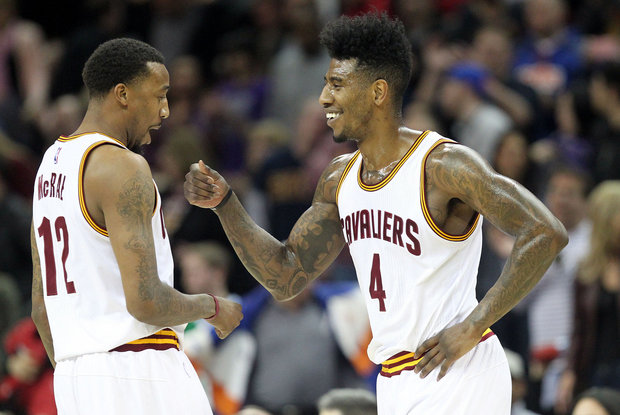 Not every NBA story is a fairy tale. Jordan McRae was drafted 58th overall (third from last) in 2014 by the Spurs, and has done a whole lot of traveling since. After being traded to the 76ers on draft night, McRae was ultimately unable to secure a NBA contract and spent 2014-2015 playing overseas. He ended up with the Suns on short term contracts earlier this year. After his contract was no longer renewed, McRae joined the Cavs in late February this year.

“JordyMac” is a natural combo guard with the size of a small forward – he stands 6’6 with a 7’0 wingspan. Along with his size, McRae is incredibly well rounded offensively – with an efficient jump shot as well as an almost-elite ability to drive and finish. With his slim stature and the way he uses finesse and length to finish – watching him play is reminiscent of a shorter, less polished Kevin Durant. He isn’t a great defender, but is able to use his length to stay effective.

As a four-year college player that was drafted in 2014 – McRae is already 25. But his skillset continues to become more and more refined. He didn’t shoot a whole lot from the perimeter in Cleveland last season, but he made 64% of them. When McRae made it to the rim, he completed 60% of his shots. And you absolutely can’t forget the night he dropped 36 on the Magic. These numbers are incredible and should make David Griffin’s mouth water.

And now, McRae has been tearing it up in the NBA Las Vegas Summer League. He was one of the top scorers with 24.3 points per game. He was named to the Summer League first team. His team made a deep playoff run – going all the way to the semi-finals before losing the Bulls. All along the way, McRae was the one carrying most of the load and had multiple games where he scored over 30 points.

How does he fit in on the Cavs? Thankfully, they have him under contract for next year. If McRae keeps up his level of play, Cleveland is sure to find him minutes. He’s able to back up Irving, Smith, and perhaps even LeBron James in certain lineups. There’s just simply a ton of options for Ty Lue. He can have McRae run and initiate the offense. He can put him in to have some defensive length on a smaller player. He can slot in as a high-percentage three-point shooter benefitting from Kyrie/LeBron drive-and-kicks.

The Cavs will likely end up using him mostly as a rotation player at the guard spots, however. The departure of Matthew Dellavedova and the unreliability of Mo Williams means that backup spots are available. And Jordan McRae’s time has come to shine. 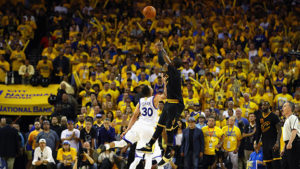