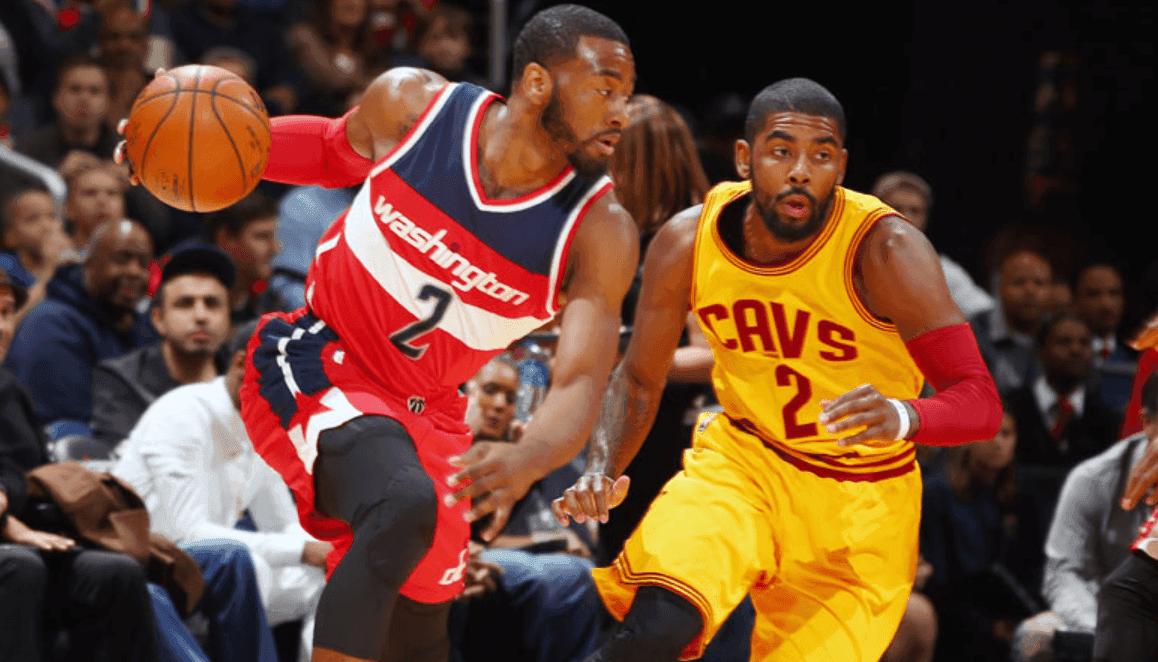 Despite the low statistical averages and having played just three games, Irving is surprisingly second in All Star voting this season, behind only Dwyane Wade of the Miami Heat. One of the guards behind Irving in voting, Wizards’ point guard John Wall, is not happy about the voting thus far.

J. Michael of CSN Mid-Atlantic reporting on Wall’s thoughts regarding his trailing Irving.

“It’s a joke,” Wall told CSNmidatlantic.com after his 15th double-double. “I played like horseshit the first month and a half but I still was averaging like 16 and eight. That’s not bad numbers.”

Michael also mentioned that Wall has been playing through some nagging injuries including a strained right ligament in his knee, bruise on the same knee, high right ankle sprain and a bone spur. Wall has averaged 19.5 points, 4.1 rebounds, 9.7 assists, and 2.1 steals.

“I guess it’s the record. No offense Kyrie, he’s played (three) games,” Wall said. “If he was healthy he probably would be in that position because he’d be playing well. I can see him there because that’s how talented he is.”

Irving shoots the ball a lot better than Wall, and that has led to a different variety of highlights from the two guards. In case you were wondering, the Cavs and Wizards play next Wednesday on January 6. You better believe Irving will remember this and show Wall why he’s so far ahead.