John Henson is happy about Larry Sanders returning to the NBA 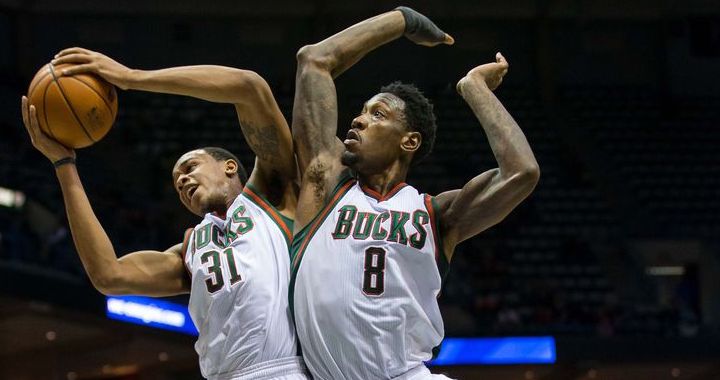 Sanders, a 28-year-old center who was selected as the 15th overall pick in the 2010 draft, has been away from the association since February 2015 due to a bout with depression, anxiety, and several personal issues.

Via Charles Gardner of the Milwaukee Journal Sentinel:

“He’s doing well,” Henson said after talking on the phone with Sanders on Sunday. “What a better situation to be going to than the champions.”

“Him taking away time from the game for the issues he had, it shows you it’s possible to handle your business and do what you need for yourself and still have a chance. I’m glad that happened because a lot of players need that, a second chance.”

Last month, Sanders was one of several players brought in for a workout session in front of Cavs coaches and team executives. By most accounts, there were as many as 15 teams seeking his services, including the Los Angeles Lakers and Boston Celtics.

More than 15 teams expressed interest in Larry Sanders. His camp made it known 2 weeks ago, before Bogut signing, he wanted to join #Cavs.

“It’s not all berries and roses and sunsets in the NBA,” Henson said of playing in the association. “It’s tough sometimes and I’m glad he got another shot.”

Happy for my guy Larry….everyone deserves a second chance.

Reportedly, Sanders will spend the majority of the regular season playing for the Canton Charge, Cleveland’s D-League affiliate team. It seems the Cavs just want to reacclimate the shot-blocking rim protector to NBA speed before throwing him to the metaphorical wolves.

“Two years down, not in an NBA game, obviously the speed and timing is something he’s going to work on,” Henson said of Sanders’ return. “But at the height of his career, he was one of the top centers in this league.”

Henson, a long-time friend of Sanders, was asked about the possibility of the Bucks facing the Cavaliers in this year’s playoffs. Henson gave a reminiscent reply.

“I’m so happy for him. I was close to him. I kind of knew the stuff he was going through and what he was dealing with. It’s amazing he played at such a high level.

“Hopefully this jump-starts his second career.” 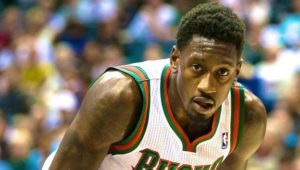 JUST IN: Everything You Need To Know About Larry Sanders
Related TopicsBucksCavaliersJohn HensonLarry Sanders