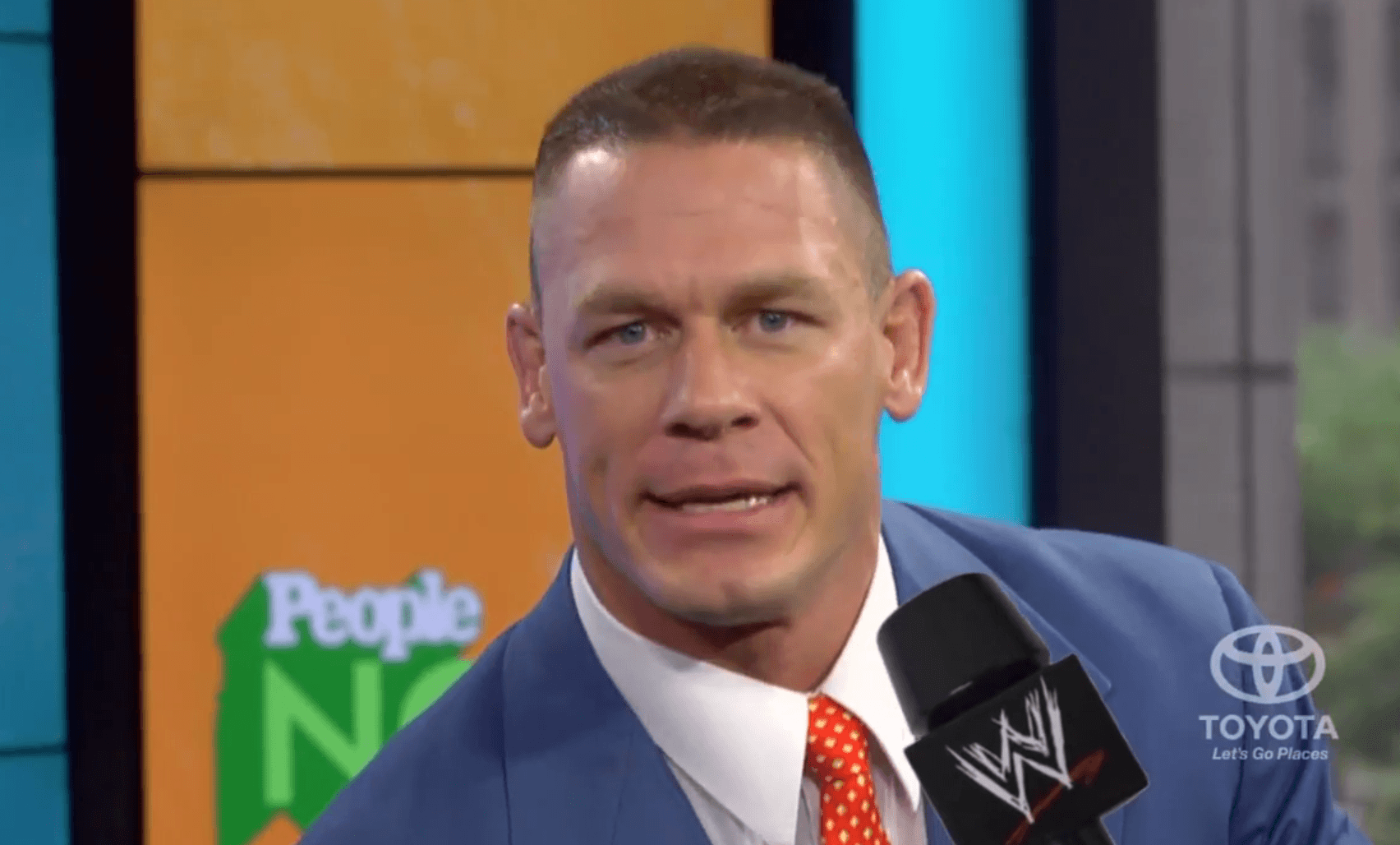 LeBron James and John Cena are just two of the most recent and most successful transitions from entertainer-to-big-screen. The pair starred in Judd Apatow’s ‘Trainwreck,’ which hit theaters July 17.

We won’t spoil anything, but both James and Cena did a phenomenal job on it. Cena joined People magazine and did a short video joking around calling out LeBron:

“It just sounds like you’re parading around with two first names. I mean really…who is LeBron James?”

You can see the full video below: