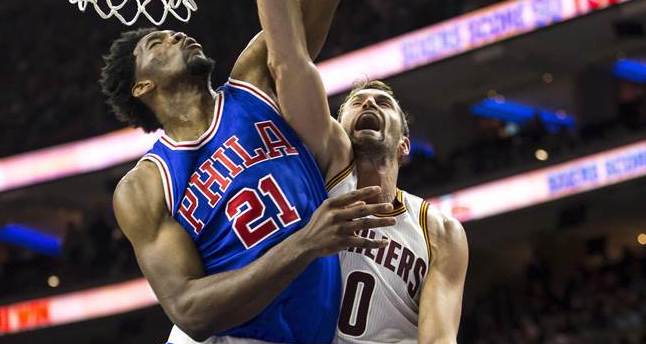 If there is one thing we all know about Philadelphia 76ers rookie big man Joel Embiid, it’s that he is very confident.

So confident in fact, that Embiid believes the Sixers could be challenging LeBron James and the Cleveland Cavaliers in the very near future.

Embiid: "We're gearing up at the right time. When we start getting good, that’s when Cleveland and #LeBron will start going down." #Sixers

Embiid did clarify that while he believes the Sixers will get on a winning track next season, they likely won’t truly challenge James and the Cavs until a few years down the road.

Embiid: "When I say we are going to be ready to win when the Cavs are going down, that doesn’t mean, like, five years. …
(1 of 2) #Sixers

JUST IN: Cavs continue to ignore Magic’s request to interview GM David Griffin
returning from injury plus the addition of new young talent through the draft, Philadelphia should be a lot better than they were in the last few years. Likely not as good as the Cavs, who are playing in the Eastern Conference Finals, but the Sixers should be much improved next season.
Related TopicsCavsJoel EmbiidSixers