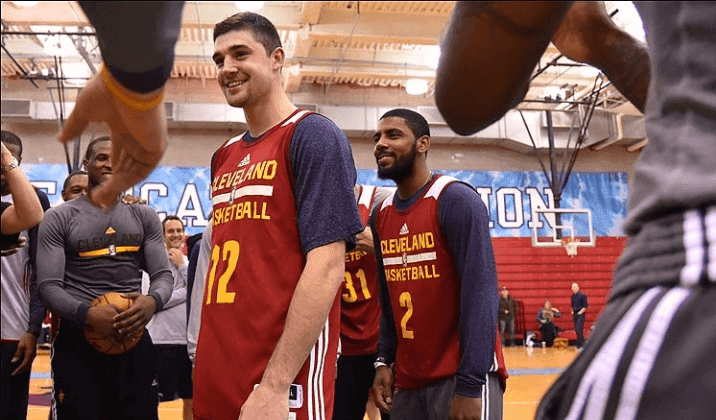 The Cleveland Cavaliers are nearing training camp, and that means that players are starting to lock in and get back to business. One player who has gone under the radar, but has put in a lot of work this offseason is Joe Harris.

The shooting guard will be coming into his second year in the NBA, one that didn’t see him play too much due to the Cavs veteran presence and championship aspirations. He averaged just 2.7 points per game, but did appear in 51 games in his rookie campaign. He only played one game over 30 minutes, which was against Philadelphia, and scored a career high 16 points on 6-12 shooting.

Harris joined Sirius XM NBA Radio to talk about a few topics relating to the Cavs entering a 2015-16 of high expectations.

.@joeharrisuva says @Kyrie wasn't working out in Miami, but knows Irving's rehab has been going well.

Harris adds that both Anderson Varejao and Kevin Love looked really good when working out with the guys in Miami. #Cavs

Harris also talked about Tristan Thompson’s situation with the Cavs at the moment.

"He should spend the majority of his career or as much as he can as a Cavalier." – @joeharrisuva on @RealTristan13#Cavs

More Harris on T. Thompson "The situation he has seems pretty good, it's pretty ideal." Adds Thompson can focus on defense/rebounding in CLE

One has to believe that Harris will get more playing time this season, now that he’s had one whole year of ups and downs on his resume. Aside from that, the Cavs would be smart to start seasoning their bright young star when they’ve got the chance. Their overseas pick Cedi Osman is already perfecting his game in Europe, so Harris should see more time this season.