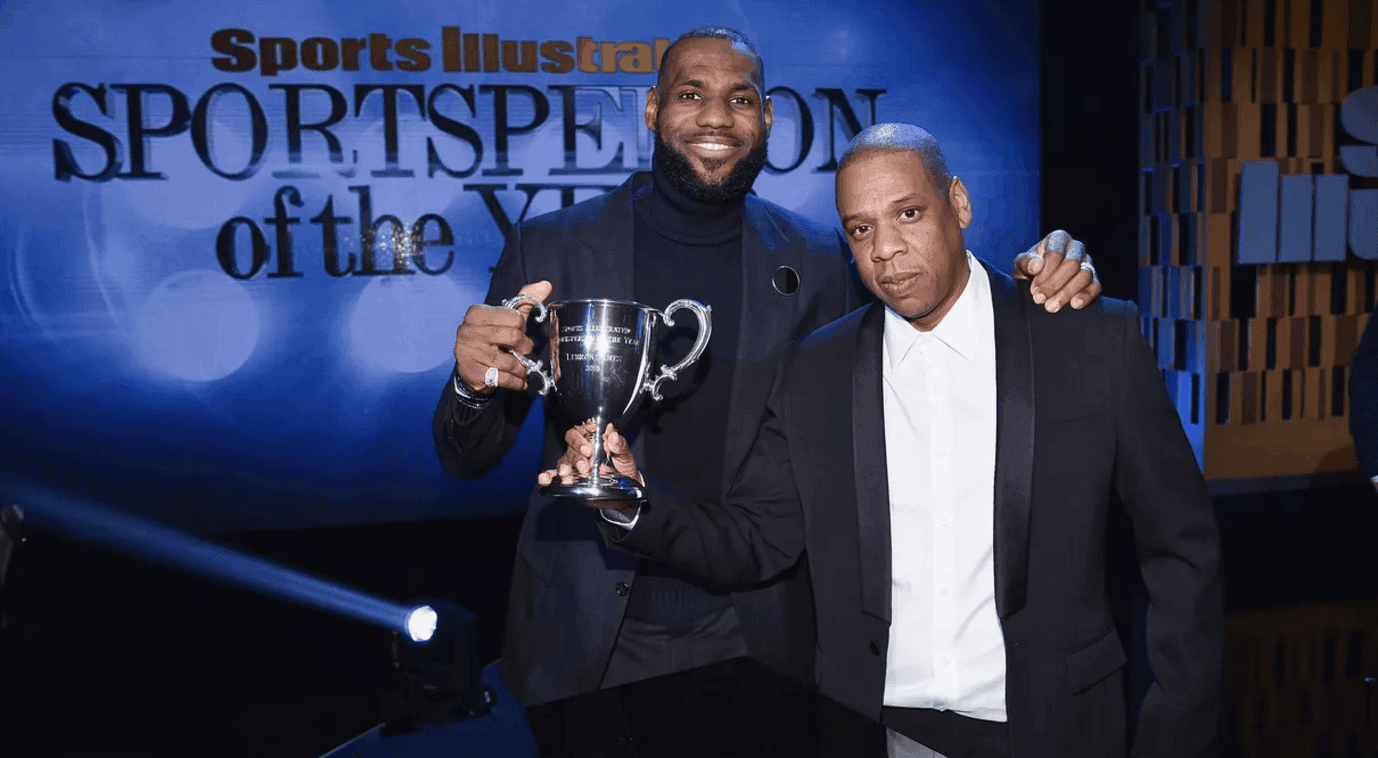 By now, most NBA fans have heard or read about New York Knicks President Phil Jackson’s “posse” comment, which was aimed in the direction of Cleveland Cavaliers superstar LeBron James and his business team, Klutch Sports.

Jackson made the remark in a story with ESPN last month. The 11-time NBA champion was seemingly put off by James’ decision to stay one night in Cleveland with his (then) Miami Heat teammates for Thanksgiving in 2014, rather than traveling to their next game In Toronto.

On Monday, James was presented with this year’s Sports Illustrated Sportsperson of the Year award. Hip-hop legend Jay-Z, who was presenting the distinguished award, decided to take a subtle jab at Jackson while introducing James.

He’s a dedicated family man who married his high school sweetheart Savannah. Has three lovely children. He’s the son who honors and worships his mother Gloria. The friend who put his “posse” in position. We do understand where we come from. The only difference between us and someone who has their MBA from Wharton or Sloan or Berkley or Stanford is opportunity. LeBron James has provided his friends with that opportunity and as we’ve witness their development. And if you look up at the scoreboard, very few businessmen are better than Maverick Carter, Rich Paul, Randy Mims and all the rest of the posse behind the scenes that make it look like they’re just sticking out.”

LeBron James has made all of those around him better on and off the court. We acknowledge and recognize all he has done for the game. But, tonight we say thank you. Not just for your commitment to basketball, but for all you’ve done for the community. And thank you for how you’ve enriched the lives of all those around you. We messed around and got a triple double in real life.”

Kind words from one of the most successful artists in the history of the music industry.