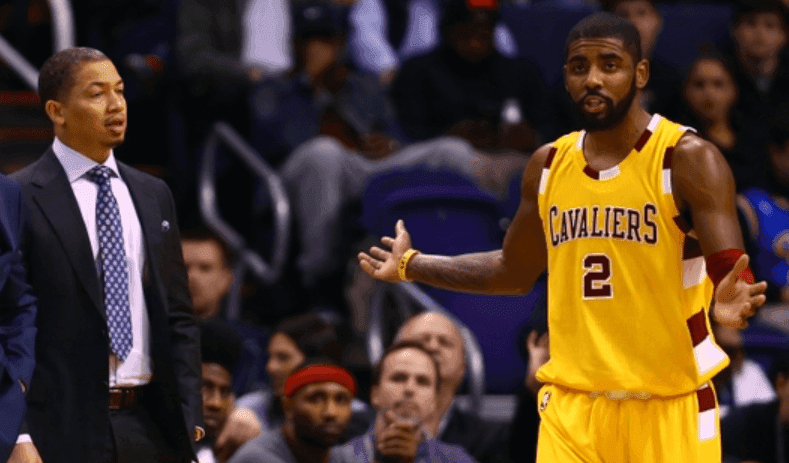 The Cleveland Cavaliers waived three players yesterday in Markel Brown, Cory Jefferson, and Jonathan Holmes, leaving their roster with 16 players. Now, the Cavs are left with selecting between two-time D-League Defensive Player of the Year, DeAndre Liggins, and 12-year veteran swingman Dahntay Jones in regards to the team’s 15th and final roster spot. It’s worth noting that Jones was a part of the 2016 championship squad and has been hanging around with the core group like LeBron James, Kevin Love, Irving, J.R. Smith, and Tristan Thompson.

According to multiple reports, the Cavs are still in the market for a backup point guard. Reports had them interested in Mario Chalmers just last week, as well as Kirk Hinrich and Norris Cole a couple weeks ago. Since then, Cole has signed with a Chinese basketball team, but he still has an NBA-out clause in his contract.

A new point guard, however, may now be on the free agent market. Soon after Joe Vardon of Cleveland.com reported that the Cavs could pursue a backup point guard in a trade possibly featuring the highly-valued Jordan McRae or Mo Williams. On Thursday afternoon, the Atlanta Hawks waived point guard Jarrett Jack just in time for the start of the season. The news comes after Jack continued to recover slowly from a torn ACL and meniscus he suffered back in January 2016.

Jarrett Jack was waived by the Hawks today. Had torn right ACL & meniscus in January. Cavs in the market for a backup point guard.

Jack is a more than experienced veteran point guard who has displayed his ability to run an offense both as a starter or a reserve. Both he and Chalmers are coming off of serious injuries that required months of rehabilitation. Both are nearly 100%, and the Could should still consider one of them if they can’t find a suitor via trade.

Going into the season, the Cavs sole weak spot looks to be the point guard position. With the team wanting to reduce Kyrie Irving’s regular season workload, having just the rookie Kay Felder as the only backup to the historically injury-prone Irving isn’t a good idea.

Jack will be entering his 11th year in the NBA after playing with teams like the Blazers, Pacers, Ratptors, Hornets, Warriors, Cavs, and Nets. he holds career averages of 11.1 points, 2.9 rebounds, and 4.5 assists in 28 minutes per game.

Whatever the move is, expect the Cavs to get something done before the start of the regular season on Tuesday.