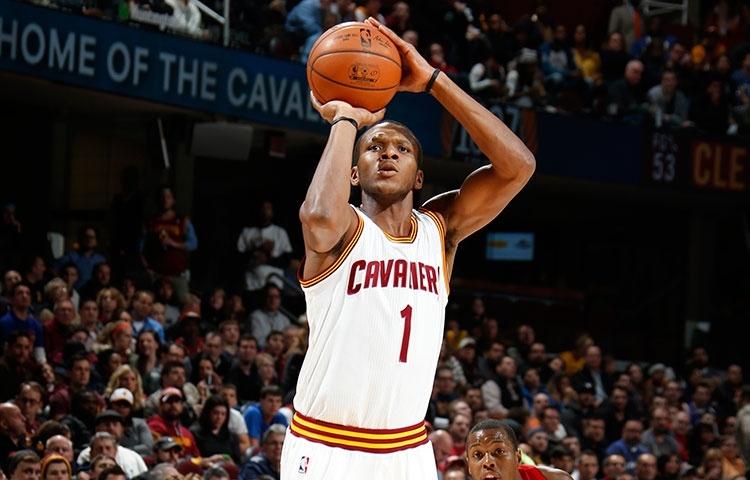 When James Jones was signed by the Cleveland Cavaliers on August 5, 2014, no one took too much notice since he came to town alongside Mike Miller, a much more celebrated shooter and also a former teammate of LeBron James in Miami. He even had to piggyback on Miller’s press conference at the Cleveland Clinic Courts to get more attention to his arrival.

Everyone knew how Miller drained seven triples to give the Heat the title in 2012 and how he toughed it out in Memphis to become the only Grizzly to appear in all 82 games while enjoying regular rotation minutes, hence, he received the early nod from Coach David Blatt to be in the rotation. While Jones is a former Three Point Shootout champion and a career 40% shooter from long range, he started the 2014-2015 season on a silent note, barely noticeable even. With 24 DNPs in a span of 52 games, people argued about Jones’ value to the team, whether as a trade piece or a locker room presence.

All these are now a thing of the past as Coach David Blatt has given him full confidence, but not without any backlash on the first-year coach. Plucking Jones out of nowhere to make him a part of the rotation was seen by many as a head scratcher out of Blatt leaving it to the sweet shooting hands of the 12-year veteran to back his coach and that’s exactly what he did.

In 10 March games so far, Jones has played an average of 16.9 minutes per game, his highest for any month this season and it also beats his season averages since the 2010-2011 season where he was at 19.1 minutes per game. He’s being thrusted into games to play the role of a stretch four and has delivered on what’s been asked of him by averaging 7.1 points per game while canning 2.1 threes on a torrid 44.7% shooting from distance. To put Jones’ March three point shooting percentage in perspective, Kyle Korver, out of all qualified players in the league leaders chart, tops everyone by a mile with a 50.1% mark followed by Eric Gordon’s 45.7% – we are using Jones’ March numbers in comparison to the season stats of other sharpshooters here because this month has practically been the “start” of his season. All these has contributed to the Cavaliers 7-3 win-loss record through the first 10 games of March. 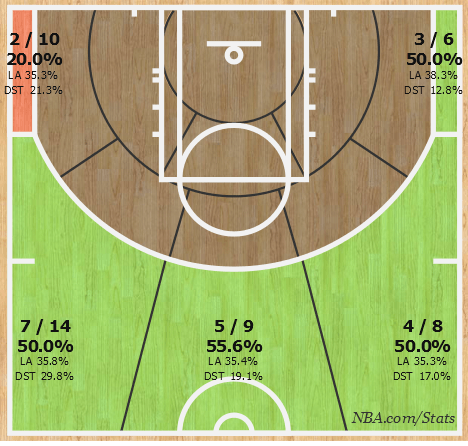 James Jones’ rebirth has given David Blatt another weapon in the Cavaliers’ already lethal offense. He doesn’t force things and simply picks his spots on the floor while waiting for that one kickout for an open three-ball. He has a great read on LeBron James’ tendencies on the offensive end and he knows how to position himself well enough on defense to make up for his lack of speed and athleticism – he’s not going to lock down opponents but he’s well aware of the right angles that would, at least, deny the best scoring opportunity for his man. Jones is such a cerebral player that it doesn’t matter what point in the game he’s being called in and if he’s already broken a sweat or just entering the game for the first time.

It’s now starting to become evident why LeBron James has campaigned for Jones to get regular rotation minutes even dating back to their Miami days. Players like Jones are specialists that are essential to their team’s success – just ask Steve Kerr, but it’s also up to the coaching staff to manage him effectively such that he does not get overexposed. With the playoffs coming close faster and faster each day, James Jones’ true value to the Cleveland Cavaliers should further manifest on and off the court.