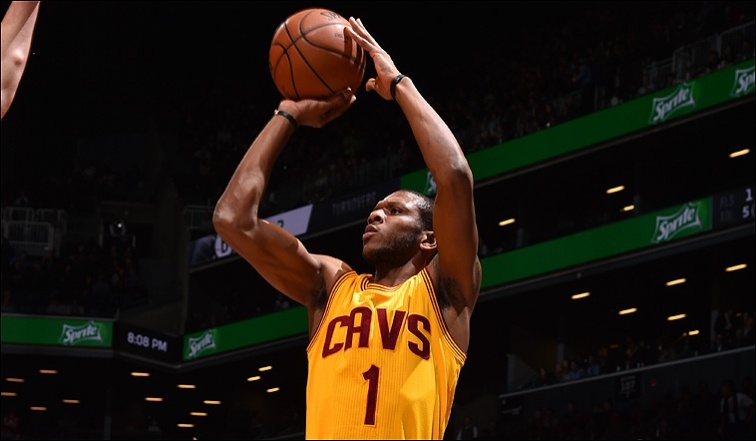 While LeBron James is the undisputed leader of the Cleveland Cavaliers, his isn’t the only voice that is being given tons of weight inside the locker room. James Jones, a two-time champion himself, also commands a lot of respect from his teammates. That is why when Jones speaks, the Cavaliers listen.

In the fiasco surrounding the Cavs’ coaching change, Jones provided a vote of confidence towards their new head coach Tyronn Lue which Dave McMenamin captured in his recent article for ESPN.

“Man, he’s a gamer. Ty lives and breathes this game.”

“He’s extremely detail-oriented. He can tell you anything and everything about every player he played against. He’s perceptive. And I think that’s why he was able to be successful in all the various situations he was in. Good teams, bad teams, leadership role, major minutes, support [role], as an assistant coach and as an associate head coach. So, I just know that, even when you talk about his personal life, nothing is more important than the game. And that’s what’s so respected about him.”

Despite not logging heavy minutes consistently, the 12-year veteran has enough knowledge about the ins and outs of the game and the business side of the league. He also holds a prominent position in the National Basketball Players Association being the Secretary-Treasurer.

With all the coverage that the team has received ever since Blatt’s firing, it’s definitely reassuring to learn that someone in the Cavaliers locker room has that amount of confidence over their new coach.

In all fairness to Tyronn Lue, he isn’t someone who happened to be at the right place at the right time. With all those characteristics according to Jones, Lue holds a lot of promise as the man at the helm in Cleveland. He may be a rookie head coach, but his experience both as a player and as part of Doc Rivers’ staff have already made him ripe for the position. The Cavs are truly fortunate to have Lue.

His name may not be as resounding as Jeff Van Gundy, Mark Jackson, and Tom Thibodeau, but he is the perfect replacement for the Cavaliers right now. Along with his coaching capacity, he also brings a semblance of continuity to the team in the sense that there will be no adjustment period between the players and the coach.

Tyronn Lue has a tedious task in front of him, maybe even bigger than what David Blatt faced when he arrived in Cleveland, and the only way to make things right is to end the franchise’s decades-long title drought this coming June. 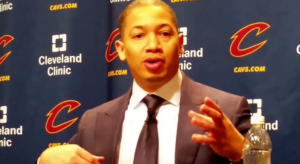