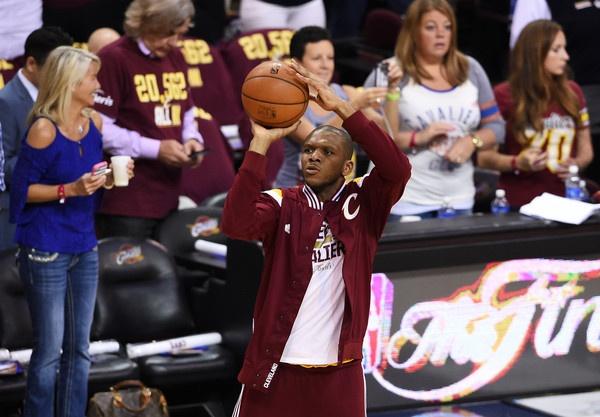 In late September, Miami Heat president Pat Riley came out and said that 11-time all-star Chris Bosh’s career with the Heat is over. Bosh, however, is still fighting to make an NBA return after his second bout with blood clots.

While both sides are firm on where they stand, Cavs forward James Jones, who played with Bosh from 2010-2014, is confident that Bosh can return to the court. In an interview with Lang Greene of Basketball Insiders, Jones spoke about his time with Bosh and the Heat.

RELATED: LeBron James had to pick up laundry after the Cavs game Saturday and was furious

“Chris will play again,” Jones said. “I’ve always said there’s something about that group in Miami. Every single guy down there, in a unique fashion, had overbearing, overwhelming desire to succeed. We did some special things down there namely because those guys (Wade and Bosh) willed their way to it.”

Jones adds that he has spoken to Bosh since he failed the latest physical that would have allowed him to begin training camp with the team. Bosh hasn’t given any signal that his career may be over, and remains positive that he can return. That’s why James Jones is sure Bosh can make a return to the floor.

RELATED: LeBron James is surprised that the Miami Heat gave up on Chris Bosh

Bosh is currently under contract through the 2018-19 season and is owed a little over $23 million, $25 million, and $26 million for those next three years. It will be interesting to see whether Bosh will be able to return to the court, and if it will even be in a Miami Heat uniform.