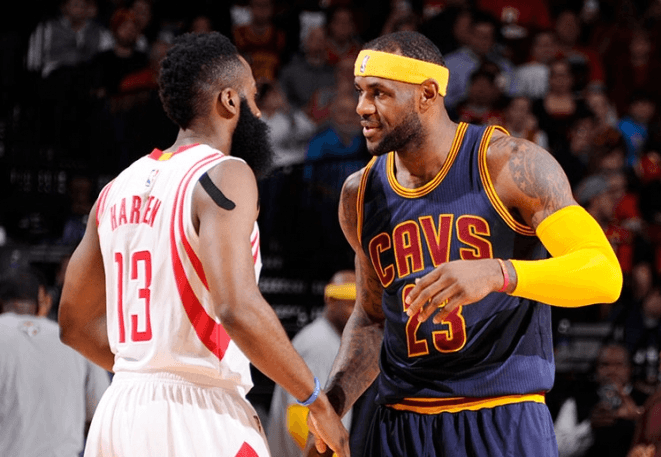 We all know who the best basketball player in the world is right now. Cleveland’s own LeBron James has been on top of the world for a few years now and likely won’t be giving up that title for at least the next few years.

But more and more often, players are coming out and saying things like them being the best players in the league. Kevin Durant did it a few weeks ago, Paul George also mentioned it a few days ago, and now James Harden has come out to say that he thinks he’s the best player in the NBA. Here’s what he had to say.

“I am the best player in the league. I believe that,” he said. “I thought I was last year, too.”

“I know I was the MVP,” Harden said. “That’s 100 percent given all the things that happened last season.

“But that award means most valuable to your team. We finished second in the West, which nobody thought we were going to do at the beginning of the year even when everybody was healthy. We were near the top in having the most injuries. We won our division in a division where every single team made the playoffs.

“There’s so many factors. I led the league in total points scored, minutes played. Like I said, I’m not taking anything away from Steph, but I felt I deserved the Most Valuable Player. That stays with me.”

Harden played out of his mind last year, but it is also a little tough to give the title of best player in the league and the MVP to a player who shot just 2-for-11 from the field along with a playoff record 12 turnovers in the West Fin alselimination game.