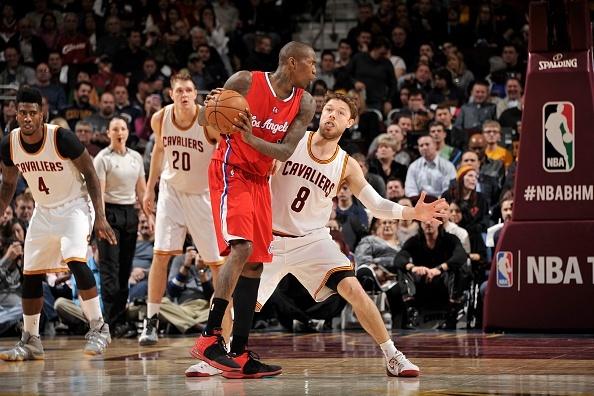 For the last two weeks, rumors have been swirling around the trade options for the Cavs and Brendan Haywood. When it started out with Joe Johnson and moved to Jamal Crawford, it became evident Cleveland was looking for a wing player in case things don’t work out with J.R. Smith.

Since then, Joe Johnson has been taken off the market with the Nets buying out Deron Williams and J.R. Smith talks are still in the air. One player who hasn’t been talked about much is Jamal Crawford.

Crawford had been receiving a lot of tweets from fans asking him what’s going on with the trade rumors. Over the past couple of days, Crawford has responded to some of the fans questions about the Cleveland Cavaliers and Los Angeles Clippers.

"@TSteve_14: @JCrossover how do you cope with trade rumors?"– go work even harder

RELATED: Cavs In Talks To Acquire Jamal Crawford From Clippers

Crawford admitted in a Q&A that one of his favorite arenas to play in is Cleveland’s own Quicken Loans Arena. He didn’t even mention the Warriors’ Oracle Arena.

So far, there really hasn’t been much on whether the Cavs will be trading for Crawford, but fans would more than welcome a Kyrie Irving/Jamal Crawford tandem that would make for a fun crossover party.

Stay tuned, for the latest on the Cavs free agency and trade rumors.