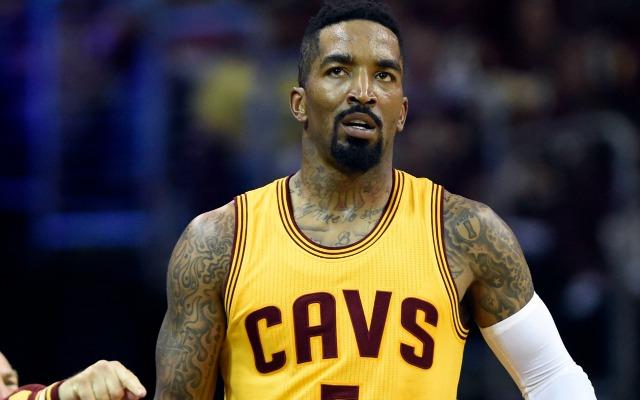 Last night (Tuesday), the Cleveland Cavaliers faced off against the Milwaukee Bucks inside The BMO Harris Bradley Center. The Cavs managed to grind out a 114-108 victory, but they may have lost a key component of their starting lineup.

J.R. Smith, the Cavs’ shooting guard, suffered a fractured right thumb during the first half of last night game and did not return to play. After initial X-rays came back inconclusive, today’s further evaluation revealed that Smith would need surgery to repair the damage.

In an official statement released earlier today, the Cavs confirmed Smith’s diagnosis, saying: “A treatment and return-to-play timeline will be established following the surgery.”

ESPN’s Brian Windhorst reports that Smith will likely be out for an extended period of time after the procedure.

Cavs fears realized today with JR Smith. He will need surgery on his thumb and will be out an extended period, sources said

Despite the timetable being labeled as “indefinite” one source told cleveland.com that it likely will be four to six weeks.

Before his injury, Smith was averaging 8.6 points, 2.1 rebounds, and 1.2 assists per game. The Cavs will miss the savvy shooting guards accuracy at range and tenacity on defense.