J.R. Smith will not receive disciplinary action for his role in Saturday night's altercation with Miami Heat players 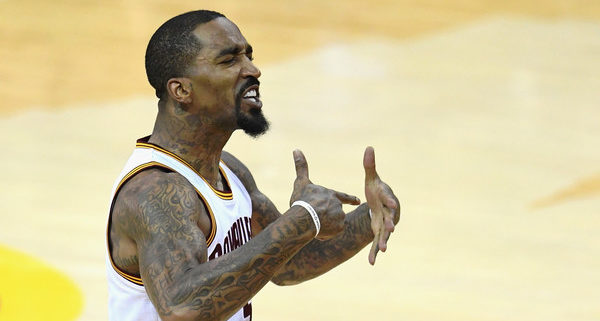 On Saturday night, the Cleveland Cavaliers were in South Beach for a matchup against the Miami Heat inside American Airlines Arena. The Cavs, who were without the services of LeBron James and Kyrie Irving due to rest, fell to the Heat by quite a wide margin, 120-92.

In the closing seconds of Saturday night’s game, Cavs guard J.R. Smith, who is still recovering from a fractured thumb, was involved in an altercation with Heat guards Rodney McGruder and Dion Waiters. Everything seemed to be going fine until McGruder dunked over Cavs big man Channing Frye (in a game that was already decided). After the dunk, McGruder seemed to shove Frye in the back. That’s when Smith, a beloved teammate, lost his marbles.

Subsequently, Smith was escorted off the floor. There were no punches exchanged, just heated words. Frye, who led the Cavaliers with 21 points on Saturday night, commented on the incident in a post-loss locker room.

“It’s not really a story, man,” Frye said. “Tempers flared, it is what it is, it’s over now. The game’s over. They won. Congrats. We play another game on Monday. It’s all good.”

Today, ESPN’s Dave McMenamin reports that Smith will not face any disciplinary action from the NBA for his role in the argument. McMenamin also reports that the Cavaliers will not fine Smith for his actions.

Sources tell ESPN that Smith, who has missed 34 games after undergoing thumb surgery, will be reevaluated today. The smooth shooting guard has been seen working out with his teammates prior to Cleveland’s previous three games. Cavs Head Coach Tyronn Lue recently stated that Smith should be ready to don a wine and gold uniform in 10-14 days. 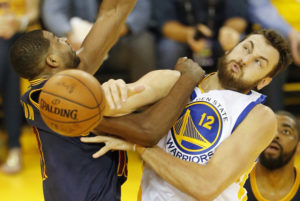