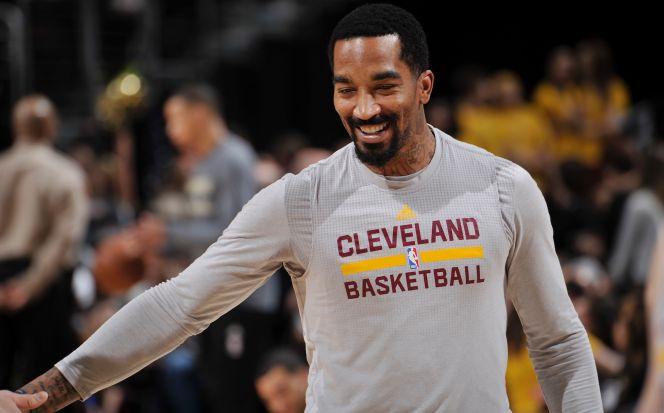 When it comes to making a statement, some professional athletes choose to use their wardrobe as a platform to convey messages to fans and media. J.R. Smith, Cleveland’s talented shooting guard who’s known for his shirtless march through Cleveland’s championship parade, can be included in that lot.

Last Saturday, the defending NBA champion Cavaliers hosted the Los Angeles Lakers inside Quicken Loans Arena, which resulted in a 119-108 victory for the home team.

In his post-game interviews, Smith dawned a tee shirt with a message aimed in the direction of all Cleveland naysayers and haters. Smith’s shirt simply read: “Cleveland. It’s not that bad. Have a beer.”