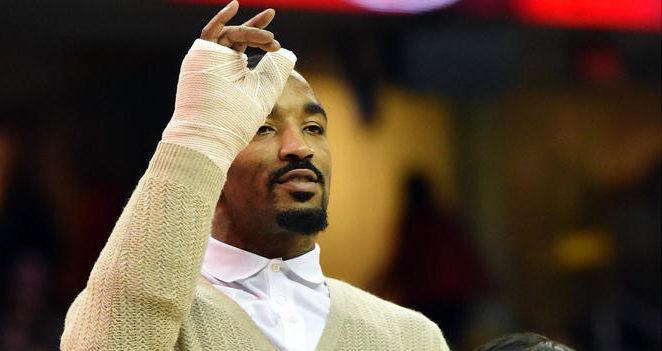 Many teams in the NBA have certain guys who play an important role on their roster. The defending champion Cleveland Cavaliers are no different. In fact, the Cavs have several “role players,” including their recently injured shooting guard, J.R. Smith.

Smith, 31, fractured his right thumb while attempting to strip the ball from an opposing player in Cleveland’s 114-108 victory over the Milwaukee Bucks on Tuesday night inside The BMO Harris Bradley Center. Initial X-rays came back inconclusive that night, and some thought Smith would be able to recover in four to six weeks.

However, Smith was further evaluated in Cleveland the next day, which resulted in surgery and a longer recovery time projection. 12 to 14 weeks would be the streaky shooting guard’s new timeline.

In a post made on Christmas Eve for Uninterrupted, Smith, appreciative to his fans and followers for their prayers of a speedy return, spoke with regards to his recovery, saying:

Yoo, what’s good? I want to appreciate all the prayers and all the blessings. Surgery went really well. I can’t stop thinking about my teammates and getting back out there on the court.

So, this will be a long process, but one that we’re ready to step forward with. I’ll just try to get back out there for the fans and my team. So, we’ll take it one day at a time, take the recovery extremely serious, and just try to be better every day – that’s always the goal.

Like my man King James (LeBron James) says, ‘strive for greatness.’ This is the first step.”

.@TheRealJRSmith provides us with an update on how his surgery went and what his recovery process will entail. 🏥 pic.twitter.com/xQQmOSGYhj