J.R. Smith Thanks God For His Teammates Play In Game 2 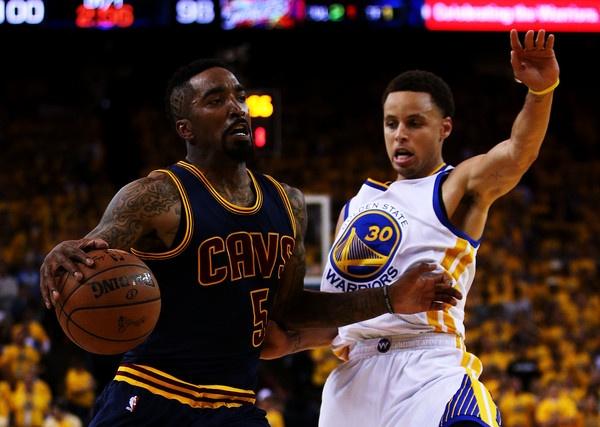 The Cleveland Cavaliers squeezed out Game 2 in Oracle Arena against the Golden State Warriors on Sunday night. It was one of the closest victories of the season, along with the likes of Game 4 at Chicago and the game at San Antonio in late March.

Despite the positive outcome, the Cavs kept allowing the Warriors to score with ease on bad plays. J.R. Smith was at the center of that. He committed three very bad calls in the midst of the Warriors’ comeback attempt. The first was a reach in on Stephen Curry 85 feet from the basket. The second was a hit to Harrison Barnes after he had already dunked it to add another point to the scoreboard. The last was a bite on a Stephen Curry pump-fake that put Curry at the line for two and gave them the lead. Smith also fouled out on that final play.

After the win, Smith took to Instagram to express his thoughts on his personal horrid ending to the biggest Finals game in Cavalier history. 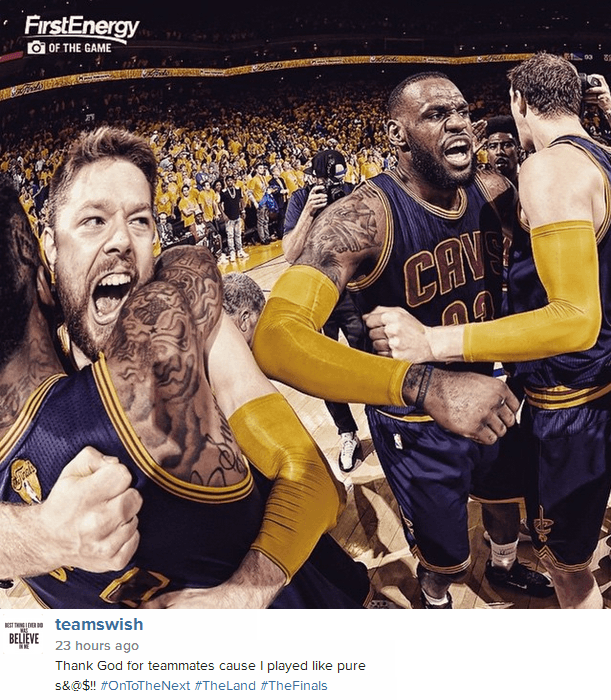 Let’s hope this is the last bad game the Cavs get from Smith, as they’ve really been missing his offense in Games 1 and 2 of the NBA Finals. Smith did score 13 points, but shot just 5-13 in Game 2 to follow up his 3-13 Game 1 performance.