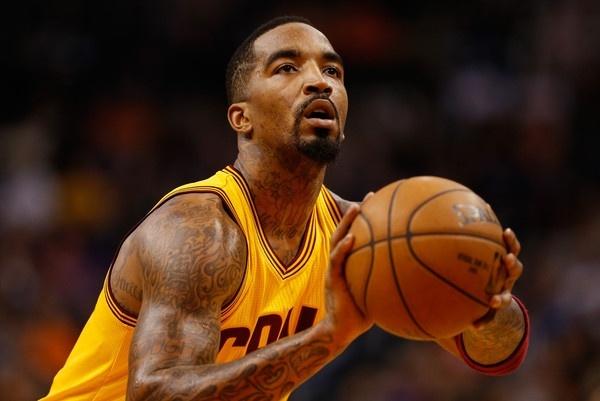 Cavs fans everywhere know the shooting ability of J.R. Smith. The streaky shooter can be hard to watch play when he can’t buy a bucket, but when he’s got it going, there’s nothing that can really stop him.

In a recent interview with Cleveland.com, Smith touched on what it’s like for him when he’s hot:

“It’s like a glow I get,” Smith said. “It’s hard to explain. It’s just weird. It’s like a supreme confidence that you get throughout your body that you know whatever you shoot is going in.”

The sharpshooting Smith is shooting relatively the same as he was in New York, but in his short 20-game time with the Cavaliers, Smith has nine games where he’s knocked down at least three three-pointers and 12 games that he was able to connect on two three pointers.

Like his teammate Mike Miller, whose nickname and energy drink company is Let If Fly, J.R. Smith also likes to use the term when talking about his shooting:

For a shooter, that mentality is always a positive knowing that Smith doesn’t really lose confidence in his shot. Smith likes to thank his father for that way of thinking, saying “My dad definitely instilled that in me,” Smith said. “He used to always say, ‘You’ll never know if you’re going to make the shot until you take it.’ That’s where my confidence came from. So whenever I get out there on the court, I feel like there’s no shot that I can’t make.”

J.R.’s father, Earl Smith II, gave some good reasoning as to why he taught his son to never lose confidence and let if fly:

There’s no doubt in anyone’s mind about Smith’s shooting ability, but now that he seems focused on the season with the Cavaliers and not on the nightlife of New York City, J.R. should have a career rejuvenating year as he helps Cleveland get back into the playoffs.