While the Cleveland Cavaliers are enduring the absence of their starting backcourt, another unfortunate turn of event occurred in their game against the Philadelphia 76ers.

The team’s starting two-guard, for now, J.R. Smith suffered a knee contusion and is not expected to return to the contest. It should also be noted that Smith was suffering from a right hamstring injury in the preseason.

Smith played roughly five minutes and failed to score in his single shot attempt. The cause of the injury remains unknown. 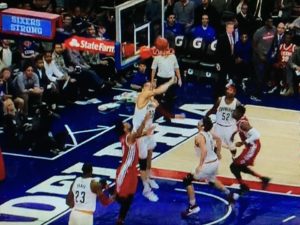