J.R. Smith suffers hamstring injury during Game 2 vs Pacers, will not return 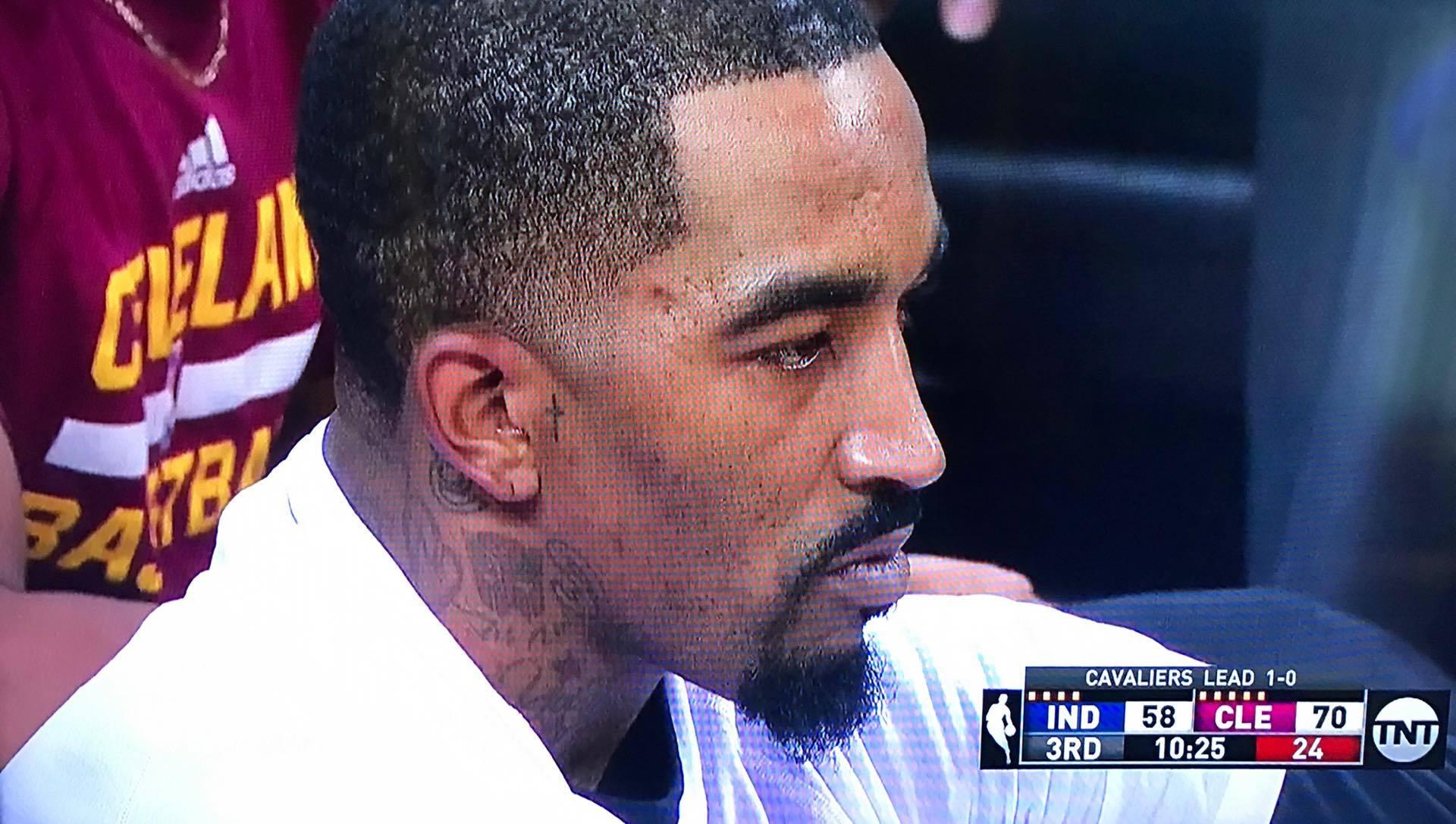 The Cleveland Cavaliers took a five point lead into the second half of Monday’s Game 2 matchup against Indiana Pacers, but they lost one of their key rotation players for the remainder of the game.

During halftime, J.R. Smith went through an evaluation by Cavaliers team doctors. The results revealed a left hamstring injury. Smith was deemed unable to return to play. He will be further evaluated after the game to determined the severity of his hamstring injury.

Left hamstring injury for @TheRealJRSmith .. WILL NOT return. #Cavs

Cavs head coach Tyronn Lue inserted Iman Shumpert into the lineup. “Shump,” as Shumpert is affectionately known amongst his fans and followers, stepped right up and knocked down a three within minutes of his playoff debut.

Smith, who was visibly frustrated with the news of his injury, recorded three points on 1-of-3 shooting from the field in his 18 minutes of playing time. Hamstring injuries can be tricky, but the Cavs and fans are hoping he won’t miss too much time with the injury.