J.R. Smith suffered a minor thumb injury in Game 1 win over Raptors, expected to be fine 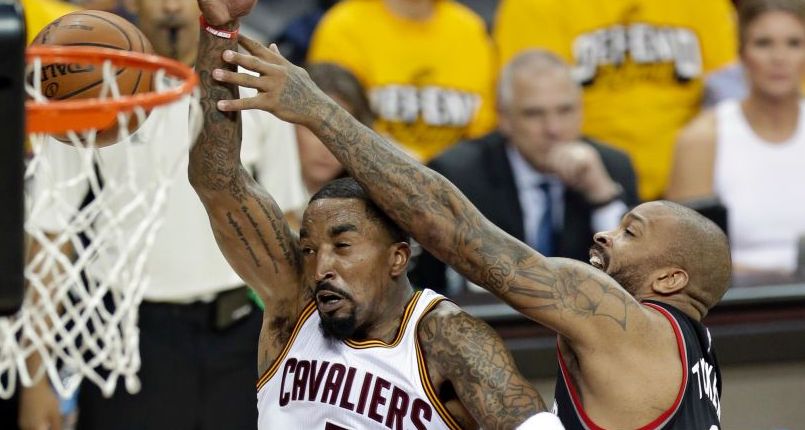 After eight days off between games, some fans and analysts were wondering if the NBA’s defending champion Cleveland Cavaliers would be a bit rusty in their Game 1 matchup of the Eastern Conference Semifinals against the Toronto Raptors. However, a quick 13-3 run to start the game had the Cavs silencing any talk of rust. When the final horn blew inside Quicken Loans Arena, Cleveland had their fifth win of this postseason (116-105).

Somewhere in the first half of last night’s game, Cavaliers guard J.R. Smith took a hit to his right thumb — the same thumb he had surgery on earlier in the season that caused him to miss four months of action. Smith made his way to the locker room during the fourth quarter for an X-ray scan (reportedly) and did not return to play.

“Yeah, I banged it in the first half,” Smith said of his thumb. “Not sure if I hit it on the floor or someone hacked down on it, but it didn’t really feel right at first. I had the trainers look at it, nothing structurally wrong or anything like that.”

According to Alex Hooper of 92.3 FM and CBS, Smith should be fine. As Smith said himself in his post-game media availability, there was no structural damage to the thumb.

“Swish,” as Smith is affectionately known amongst his fans and followers, did not appear to be in any obvious pain. The smooth-shooting two guard finished Monday night’s game with six points (2-4 from beyond the three-point line), two rebounds, and one assist in his 22 minutes of playing time.

Game 2 between the Cavs and Raptors is scheduled for Wednesday night at 7:00 p.m. EST. Currently, Smith is listed as probable. 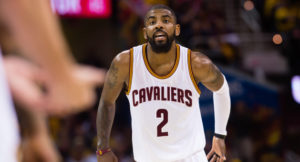