J.R. Smith Speaks Out About Situation With Cavs At Public Event 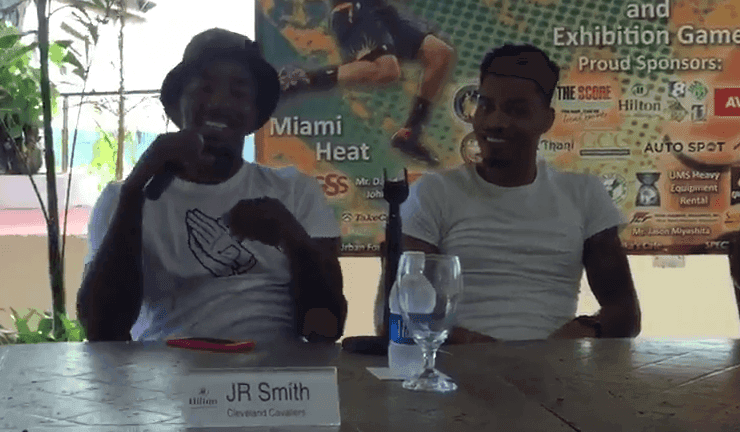 J.R. Smith opened up about his situation with the Cavs last week when he said he ‘sort of’ regrets opting out of the $6.4 million option for the 2015-16 season. The Cavs expected and had hoped Smith would opt in so that they would have one less player to worry about retaining this offseason.

J.R. Smith, alongside Gerald Green, made an appearance at the 2015 Guam Basketball Clinics and Exhibition Game, which was a mini basketball camp hosted by Cavaliers’ assistant coach Phil Handy. There, he was asked about his situation with the Cavs.

@AGarridoPDN ask JR about his contract situation with the Cavs please

When asked about where he and the Cavs stand, he chuckled at the question and offered a solid answer.

“We’re working towards it. We’re trying to get it done,” said Smith while laughing.

“We’re working towards it. We’re trying to get it done.”

If what J.R. says is true, then all parties, fans included, will welcome a reunion. Smith played spectacularly well all season, and just encountered a hiccup at the worst time of his career in the NBA Finals.

You can watch the video response below:

J.R. Smith Talks About His Situation With The Cavs