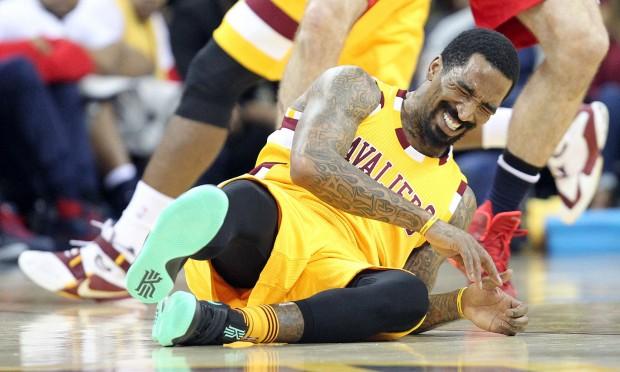 The Cleveland Cavaliers have a little bit of an issue when it comes to their depth, and things just got a little worse.

On Tuesday night against the Bucks in Milwaukee, J.R. left the game early in the second quarter with a reported thumb injury. After returning to Cleveland and getting the necessary scans, it was confirmed that Smith had in fact broken his thumb.

Coach Lue is right, this team is yet to back down from a challenge this season. They faced the lengthy Milwaukee Bucks twice earlier this week without starting power forward, Kevin Love, and walked away with two victories. The ‘next man up’ mentality within this team is a strong one, and they’ll be ready to face this next challenge.

While the loss is devastating to a team that’s not exactly the deepest in the league, there may be a silver lining. With the loss of a starter, David Griffin may be forced to make roster moves sooner rather than later. This will put pressure on the front office to fix the Cavaliers’ major flaw now before it’s too late.