J.R. Smith Responds To Criticism By Stephen A. Smith For the past month, the Cavs worries have been re-signing Tristan Thompson and J.R. Smith, two players who were key to the 2015 Finals run, to new deals. Now that Smith has been re-signed to a two-year, $10 million deal, the attention is now all on Smith. 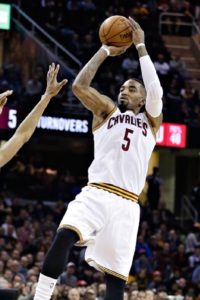 The Cavs gambled when they made the trade for J.R. and were reportedly only taking him as a package deal with Iman Shumpert, who was the true prize they were looking for. Once the pair started playing, it was clear that they were both an incredible fit for the Cavs and, despite their struggles in the Finals, had to be brought back for another shot at a championship.

With Smith back on a two-year deal, the Cavs are basically saying that they need to see Smith contribute on a consistent basis. They wouldn’t have given him $5 a year if they didn’t believe in him, but he was expected to be the second scoring leader in the Finals behind LeBron James, and failed to live up to those expectations as the Cavs ultimately fell in six games.

Not one day after Smith announced his return to the Cavs, ESPN’s First Take, and specifically Stephen A. Smith, began talks about how J.R. Smith needs to improve if the Cavs want to succeed in winning an NBA Championship. J.R. Smith couldn’t agree more. 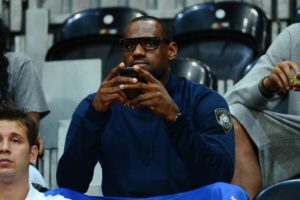