J.R. Smith “Sort Of Regrets” Opting Out Of Contract 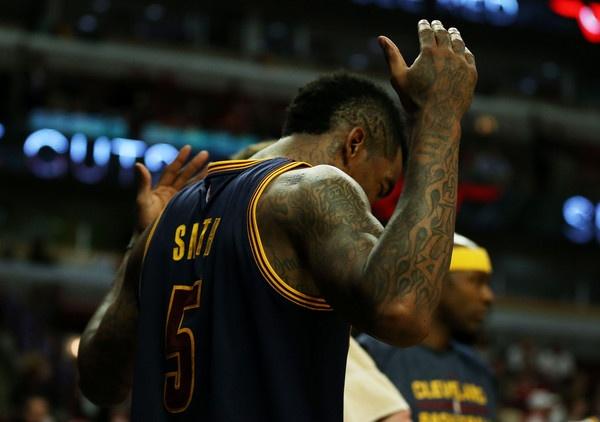 One of the most enigmatic players in the NBA who was also very instrumental in the Cleveland Cavaliers’ incredible run last season is still without a team. J.R. Smith surprised a lot of people when he left over $6 million on the table to test the free agent market.

The Cavs have already re-signed Kevin Love and Iman Shumpert while James Jones’ deal is virtually secured. Meanwhile, Smith still hasn’t engaged in serious talks with the team. That is bound to change as Smith and the Cavs’ front office led by David Griffin are expected to meet this week according to Joe Vardon of the Northeast Ohio Media Group.

Vardon interviewed Smith where the sharpshooting swingman expressed regret over his decision to decline his player option for the coming season. Smith’s response to the question of regret:

According to Smith, the Portland Trail Blazers, a team that can offer him money and a bigger role thanks to the huge void left by Nicolas Batum and Wesley Matthews, have reached out. But he prefers to put winning first and build on his relatively solid rebirth in Cleveland.

“I definitely want to come back to Cleveland. The coaches, the team, everything about the situation, it’s perfect for me.”

Despite their cap situation, the Cavaliers are allowed to exceed the limit thanks to them owning Smith’s Bird Rights. But it’s not as simple as that because the tax implications on the Cavs’ payroll will be hefty.

From the looks of it, David Griffin still has a realistic shot in making Smith agree to a slightly lower pay but otherwise the latter may have to let it fly somewhere else.