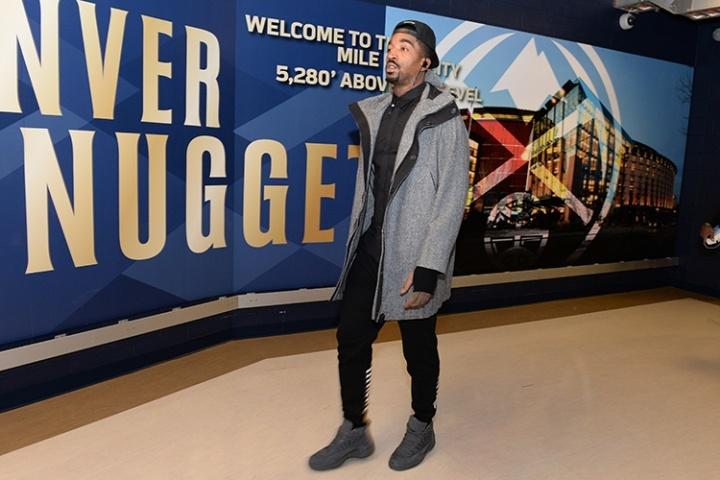 Cleanthony Early of the New York Knicks was the topic of conversations over the past few days because of a shooting incident in Queens, NY. The sophomore swingman was the victim of a robbery after the Uber car which he rode was the target of masked men who took his jewelry and eventually shot him on the knee.

Because of this incident, people’s opinions on NBA players’ nightlife swarmed different media outlets. One particular player also took his thoughts to Twitter. Cleveland Cavaliers guard J.R. Smith, a former teammate of Early had these to say in defense of athletes who love to be part of such late-hour happenings.

Some people want to do bad things to good people for no reason but jealousy! Keep ya head Cle!!! Alway an forever my lil bro!

Since when has it been a crime to have fun with ya girl? #GuessThatsWrongHuh?

So because I play basketball means I can't go outside? That's what y'all telling me? Lol people just want to hear themselves talk!

It's funny how no one says "damn that's messed up! His career could be over" they just say "he shouldn't have been out so late" #Really!!

So let me ask y'all a question! So you believe you can't go to the club an be out past 12 without it being your fault????

Smith himself can be an ambassador for NBA players who love the nightlife as he was a prominent fixture in New York City parties. He even got a bad reputation for it as this old habit seemed to have affected his play back in his Knicks days.

But J.R. Smith has since turned on a new leaf as soon as he arrived in Cleveland. Whether it’s by default or not, what matters is the type of player and contributor he has become for the Cavaliers.