J.R. Smith Opens Up, Reflects On This Season, And Says Kevin Love Is The Ultimate Teammate 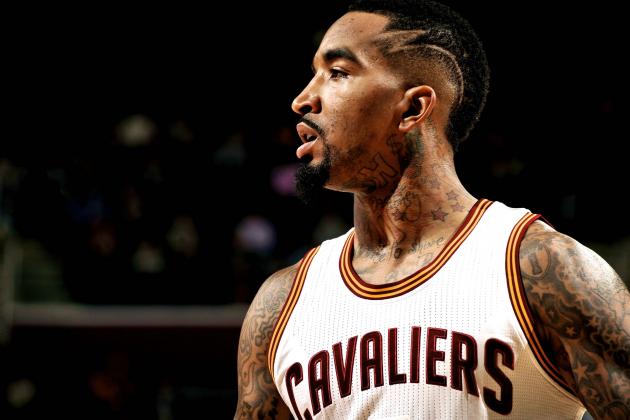 On the social media network ‘Medium,’ J.R. Smith released a letter on his personal life the past couple of months. From the unexpectedly bad start to the season he had with the Knicks to the trade to the Cavs and now being in the playoffs, Irving has been on one roller coaster of a season. He starts out with his reaction to being traded to the Cavs in early January.

Those, and about a hundred other emotions flooded my mind on the evening of Jan. 5, when I was told that I had been traded along with Iman Shumpert from the New York Knicks to the Cleveland Cavaliers. I’ve been an NBA player for 11 seasons now, and though I have played for four different teams, it was the first time I’d ever been traded mid-season. To say the news was a shock to the system would be an understatement.” 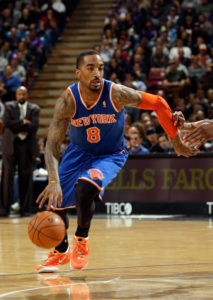 When Smith was acquired by the Cavs along with Shumpert, rumors swirled immediately that the Cavs would look to trade him for someone else or waive him if they couldn’t find a suitor. After all, Smith’s erratic play and the drama he brought from his time in New York were things Cleveland did not want. Smith was expected to be gone by month’s end.

And then Smith became a completely different player. He talked about it in his piece:

“With 45 games games in the rearview mirror since the trade, I’ve been able to reflect on things, and now see it as a blessing in disguise. For me, being away from New York, my hometown, has led to far fewer distractions. In Cleveland, there just isn’t much to do after 9 p.m., so the days of fashion shows, shopping, and the nights out have been replaced by one thing and one thing only: Basketball.

“There have been unfair rumors that lead people to have misconceptions about me: that I don’t care; that I don’t take my job seriously; that I am not committed to my craft. It’s unfortunate, but people have been saying this about me during my entire career. It obviously bothers me and naturally would bother anyone to feel that people don’t take you seriously as a person. I see it in media commentary during each season, and I experience it firsthand when I’m on the golf course in the offseason, everywhere. Then after 18 holes, or lunch, or a meeting, without fail, someone tells me I am a completely different person than who they perceived me to be.”

Smith expresses that he knows how he looks on the outside: a guy who likes to party, spend his money, spend time on social media, doesn’t take his job seriously (after all, that is what it is), and isn’t a great example for his two young daughters, especially in a city like New York. But he says that now that he’s spent time in Cleveland, people are starting to see the real him:

“So while it’s easy for me to say publicly that I don’t care what people think about me, or what they say about me, it’s actually A LOT harder than you’d imagine. I do care what daughters and my parents think about what is said and written. Unfortunately, the way I am portrayed just isn’t reality.

Now that I am in Cleveland, though, it seems as though people are finally starting to get to know the real me.”

Although Smith says that playing with LeBron and Carmelo is vastly incomparable, he opened up on what it’s like to play with new teammate and point guard Kyrie Irving:

“Playing with Kyrie, I have had some of the most fun I’ve ever had on the basketball court — and I was on the floor when ‘Melo dropped 62 at the Garden last year. This experience is right there with it. Everything Kyrie does is amazing; he’s just a ridiculous player, and his explosion is the most unbelievable thing I have witnessed in a while.”

Smith even opened up about the most heavily criticized Cavalier this season in Kevin Love, throwing his outmost support for his starting power forward:

“And forget what anyone says, Kevin Love is the ultimate teammate. He isn’t the most athletic player out there — actually, Kevin is like that guy you see in a 40-and-up league just killing it because he knows the game better than anyone else out there. Mentally, Love is just in another stratosphere when it comes to understanding basketball. Plus, not only is he an underrated shooter who can knock shots down better than half the guards in the league, he is also the best rebounder I have played with, hands down.

More important than what you notice about Love’s game, though, is what you don’t. He does all of the little things a team needs to win, and that sort of stuff trickles down to each and every one of us, including me. Guys like him make you want to play harder. They help you keep your focus and intensity, because if he’s doing it night in and night out with smarts, heart and determination, well … what’s your excuse? Put it this way: If I had a son grow up to be a big man, you better believe he’d be enrolled in Kevin Love’s summer camp.”

You can read J.R. Smith’s whole piece on the transition here: Worst To First: Journey To Contention 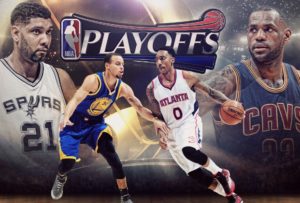