J.R. Smith On Partying: “We’re Targets; Players Have To Be Careful” 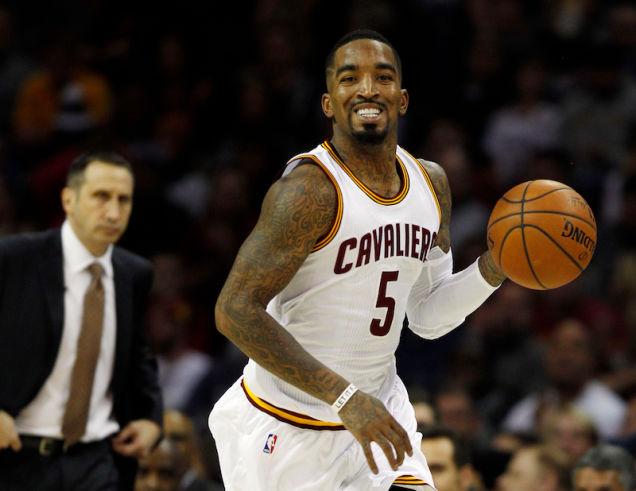 Late Tuesday night and early Wednesday morning, the Indiana Pacers’ Chris Copeland and Atlanta Hawks’ Thabo Sefolosha and Pero Antic were about and about in the Big Apple. The Pacers were facing the New York Knicks Wednesday night while the Hawks were playing the Brooklyn Nets.

It didn’t end like a normal night out should, as Chris Copeland was the victim of a stabbing to the elbow and abdomen outside a nightclub, which, although was not considered life-threatening, was still a very serious injury. It is also a major loss for a Pacers squad that is on the brink of making the playoffs after a tough season.

Copeland didn't get into a fight. His female friend (not wife) helped ward off attacker. Cope got stabbed and broke left elbow. Surgery now.

Per a source close to the situation, Chris Copeland is in ICU after surgery. The knife punctured his diaphragm. His elbow wrapped heavily

The Hawks players were also in the same club enjoying themselves, and were reportedly arrested by the NYPD for “charging at an officer” on Wednesday and charged with resisting arrest, obstructing governmental administration and disorderly conduct, according to the New York Times

In the process of the arrest, an X-ray and MRI revealed a fractured fibula and ligament damage in Thabo Sefolosha’s right leg, and he will need surgery to correct the injury. This comes as a huge blow to the Hawks, who were clearly better with Sefolosha on the court than without. The NBPA is now launching their own investigation into why Sefolosha was treated so badly during the arrest and had his injury left untreated for hours after.

Cavs guard J.R. Smith, who was a frequent party animal back when he played for the Knicks, said some of his rules could have prevented the incident.

J.R. Smith partied pretty often when in New York, and it could have negatively affected his game.

“For me, I feel like a target every time,” Smith said after Cavs shootaround Friday in advance of their game with the Boston Celtics. “So, I try to handle myself with care when I’m out and about. It’s one of those situations when you’re out at 4 in the morning — I’m not saying it’s [Copeland’s] fault by any means — but when you’re out at 4 in the morning, there’s no way you should be walking anywhere. Get in your car and go home or go wherever you’re going. That’s one of my cardinal rules. You don’t just stand outside of the events like that. You just get in and go and keep it moving.”

Smith defended the players however, saying that players just want to have fun after getting in late from their flights.

“We fly in late all the time, so then we go out [late]. Guys like to have a good time. Just like the average college student. It just so happens that we got a lot of money, we’re young and famous, and people want to want to see us and we like to be seen.

“It just comes with the territory.”

Back when J.R. Smith was acquired in January for Dion Waiters, he had this to say about his situation in Cleveland:

“I think it’s the best situation for me.