J.R. Smith On LeBron James: “We All Know Who The Real MVP Is” 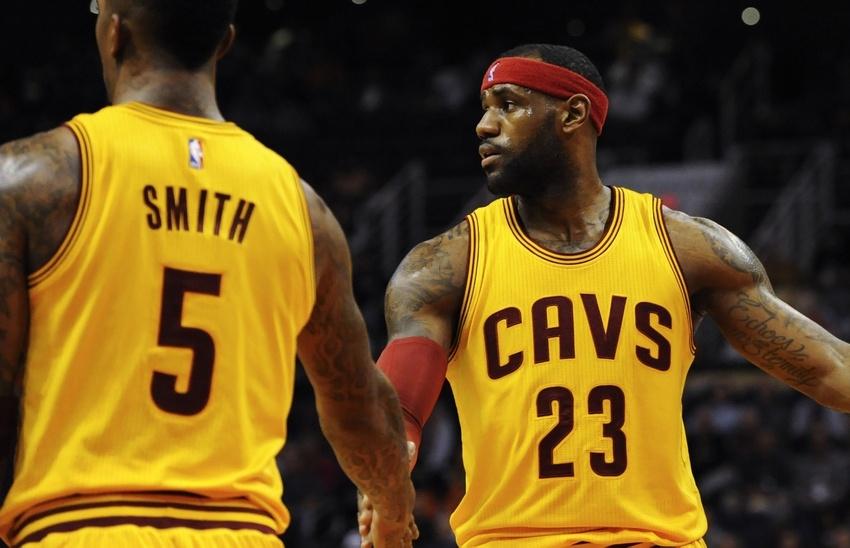 The Cleveland Cavaliers blew out the Detroit Pistons Monday night 109-97. In a game where LeBron James came through for his second triple double of the season with 21 points, 10 rebounds, and 11 assists. J.R. Smith was asked about his thoughts regarding James’ play and his second triple-double in over a week during the the on-court post-game interview:

“Who? The real MVP?” Smith said into the microphone hooked up to the P.A. system, echoing his message to the sellout crowd of 20,562 that were making their way to the exits. “There’s a lot of speculation about who should get the award, but we all know who the real MVP is.”

J.R. Smith scored had his second-highest scoring game with the Cavs with 28 points. He also had his tied his Cavalier-high in three-pointers made with eight of them. Smith is obviously a great shooter, but many of his open looks were because of the attention attracted by LeBron the whole night.

“In actuality, if you really wanted to, you could give it to him every year,” Smith said in regards to James, who won the award four times over the past six years. “I mean, the numbers, what he does for teams. You see one year removed from a team like Miami and they probably won’t even make the playoffs to a team that hasn’t made the playoffs since he left and then all of the sudden we’re a 52-win team. So, I don’t think you can do that with anybody else that’s in our league right now.

Smith makes the best point of all when talking about the clear-cut importance of LeBron on the basketball court. When LeBron left Cleveland for the 2010-11 season, they sunk to the bottom of the NBA with a 19-63 after posting a 61-21 record while Miami improved to 58-24 from 47-35.

“Not to knock anything from the other two guys (Stephen Curry and James Harden), they’re having great years, career years for both of them, but if you want to be realistic about it, you could give it to him every time.”