J.R. Smith Not Happy With NBA After Technical Foul Rescinded 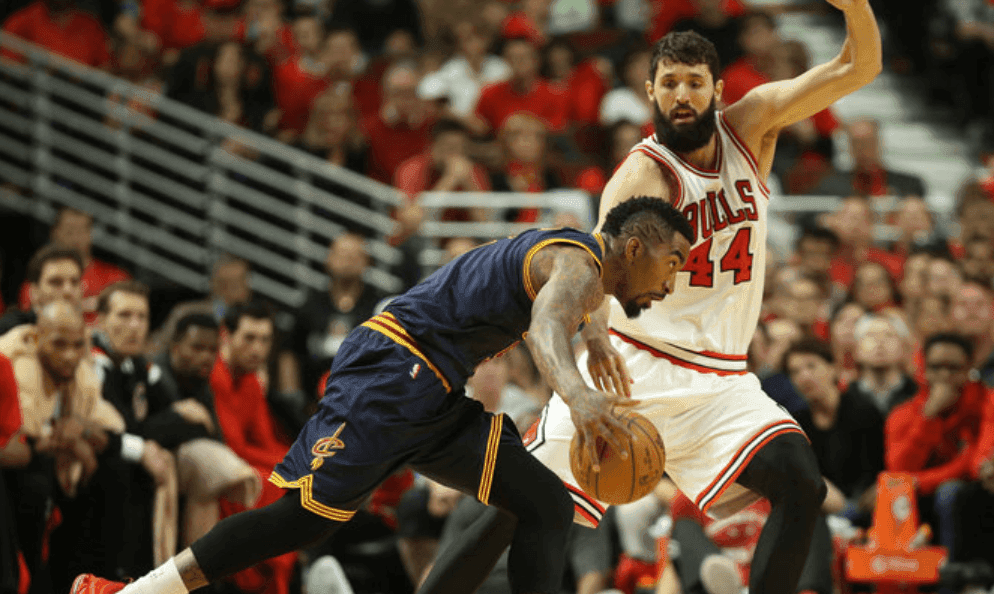 Despite being a great shooter, most of J.R. Smith’s career has been defined by his on-and-off-court antics. From the shoe tying controversy to the over-partying, Smith has been on the wrong side of people’s view for a long time. When he came to Cleveland, he vowed to put all that behind him as he began a new chapter in his life with the Cavaliers.

During the fourth quarter of Tuesday night’s season opener, J.R. Smith committed a foul on the Bulls’ Nikola Mirotic. Chris Haynes of NEOMG explains the situation to perfection:

“Smith couldn’t believe the call, and his teammates couldn’t either. They were in the penalty and free throws were coming. Smith reacted in shock and retreated away from where the foul happened, saying words that didn’t appear to be anything out of line.

Scott Foster, a ref who is known for being a quick-trigger technical-giver, was staring directly at Smith’s face the entire time as the guard walked away from the scene. And yet, he did not hit Smith with a tech.

It was official Mark Ayotte, who was actually behind Smith, who T’d him up. It seemed like an unwarranted call. Smith wasn’t showing up an official or being disrespectful.”

Prior to the free throw, the Cavs were down two, but after a 9-2, Cleveland’s deficit increased to 95-87. Earlier today, the NBA rescinded the technical foul on Smith, but Smith wasn’t satisfied with it.

Derrick Rose Has Nothing Much To Say About Matthew Dellavedova

“It doesn’t matter now,” Smith told cleveland.com of the league’s decision to wipe away the tech. “That affected the whole game.”

That moment shifted the whole momentum of the game as Chicago took the league for good as Cleveland just fell short at the buzzer.