J.R. Smith thinks he has a new reputation with referees 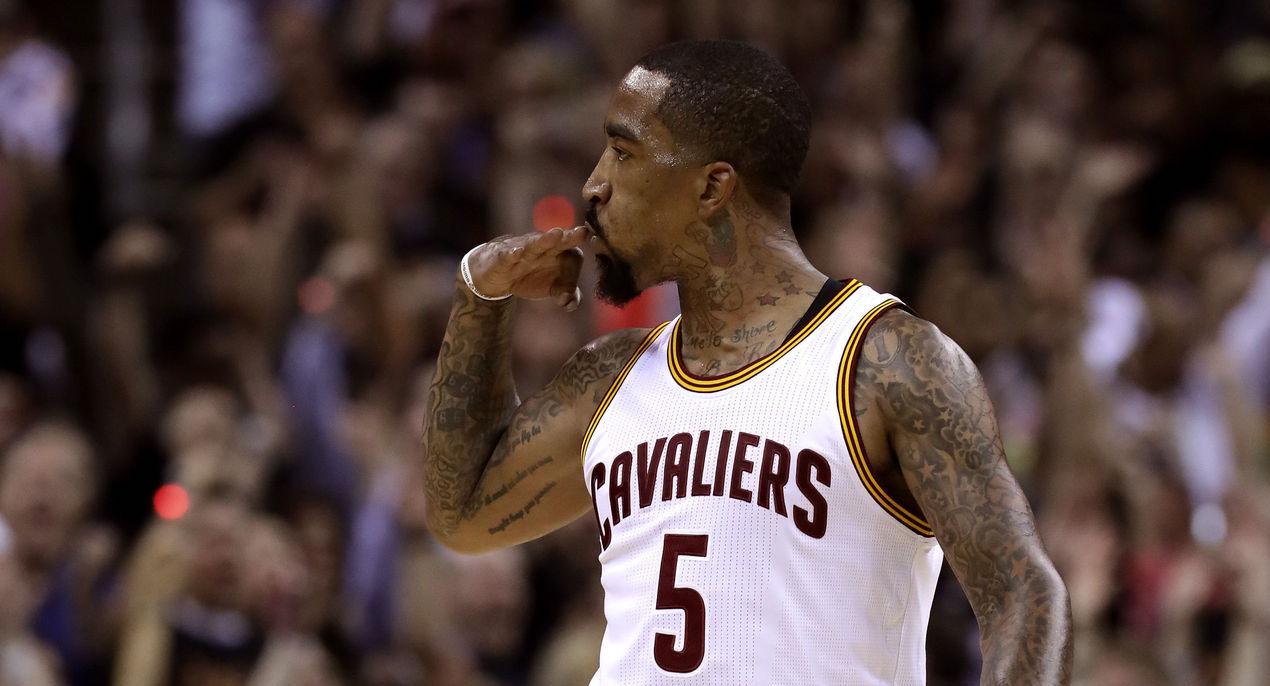 J.R. Smith has undergone a huge transition after making his switch from New York to Cleveland in January of 2015. Upon joining the Cavaliers, there was a stigma that Smith was purely a high volume shooter who wasn’t efficient, and was a team crumbling liability on defense.

Smith took these accusations and assumptions personally, and since teaming up with championship caliber talent, he has taken his game to a level most thought was impossible for him. The sweet-shooting swingman has transformed into one of the best floor spacers in the league, rekindled his dead eye three point shooting, became a favorite in the locker room, and most impressively, reinvented himself as one of the premier two-way guards in the association.

Smith has dedicated himself to defense in order to contribute even more to a championship team, and true enough, he was an integral part of their championship winning success last season, taking multiple tough assignments during the playoffs. Smith has earned the respect of his teammates as a defensive guard who gives everything on that end, and now, the league is starting to take notice.

His value on both sides of the ball was illustrated with his new glittering contract of four years at $57 million. He was praised by team leader and good friend LeBron James, who said he has become a “great two way player”. But it’s not just James and his teammates that are recognizing Smith’s excellence on the defensive end, the league, and even officials, now understand that as well.

In a recent hard fought win against the young and rising Philadelphia 76ers, the game went all the way down to the wire. With the Cavs up by one, the 76ers had the ball and a chance to win the game. The ball was put in Gerald Henderson’s hands to make a play, and Smith was chosen to take on the pivotal defensive assignment.

Smith stripped him clean with 1.2 seconds left on the clock, which saved the Cavaliers’ victory. After the game, despite it being a play with a lot of contact, no foul was called, and Smith recognized that he now has a different reputation with officials. He is now seen as a good defender, and discussed this with Joe Vardon of Cleveland.com.

“I think obviously the referees watch film as well and see that I’ve gotten a lot better defensively, so I think a lot of that has to do with it,” Smith said. “I mean, the ref was standing right there. He had a great, clear eye on it.”

These big defensive plays don’t happen by coincidence, Smith has in fact dedicated himself to watching films of Tony Allen and other great defenders around the NBA at the start of last season. His knowledge was outlined when asked about the last play of the game stating he knew Henderson “loves to drive” so he “tried not to foul him” and “really just tried to get my hand out of there in time to let my teammates contest” a shot.

Smith couldn’t be happier with his new found reputation, and states that he is glad it has turned around with referees after a lot of hard work.

“I think (refs are) realizing it,” Smith said. “We’ve put in enough calls trying to balance it out a little bit more. And fortunately I think they took heed with it.”

It is definitely paying dividends for the Cavs, who see Smith as perhaps their best on-ball defender right now. It is miles away from the Smith that was seen as a lazy defender, and one that didn’t compete at all on that side of the ball in previous years. He will continue to leave it all out there on both ends of the floor, and will continue to be an irreplaceable asset for the Cavs in their hopes of capturing another championship.