J.R. Smith isn’t worried about the Cavs’ extended time off 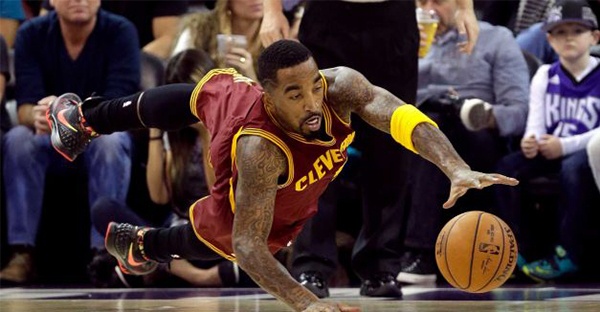 A long period of down time might create problems for some NBA teams in the postseason, but the defending champion Cleveland Cavaliers, who swept the Indiana Pacers in their first-round series, are staying focused on their ultimate goal.

After yesterday’s practice, J.R. Smith was asked to give his thoughts on Cleveland’s week off.

“With having so much time off, guys can get a little loopy and start getting a little fidgety and ready to play,” Smith said. “But this team is a veteran team and overall, one through 15, this is probably the best team we’ve had since I’ve been here. We’ve got a lot of good vets and guys that understand what this is about. I think if anything that helps us the most.

“No one is doing anything too crazy, going too hard, trying to push themselves, understanding this is still a marathon.”

The Cavs are a veteran team, but so are the Raptors — a fact Smith pointed out as he continued his interview. “Swish,” as Smith is often referred to as, says he actually enjoys playing against the Raptors, who have been off since Thursday after dispatching the Milwaukee Bucks in Game 6 of their first-round series.

“This is a team that you enjoy playing against because they compete and they play the right way,” Smith said. “There’s not going to be anything chippy or extra. They’re all pretty much solid pros, so they understand what it takes and so they try to keep their cool pretty well. Same as us on the other end. For the most part I enjoy playing them.”

We’ll just have to wait and see if the two sides can remain cordial this time. In seasons past, the Cavs and Raptors have had physical battles.