J.R. Smith Goes On A Twitter Rant About Kobe Bryant 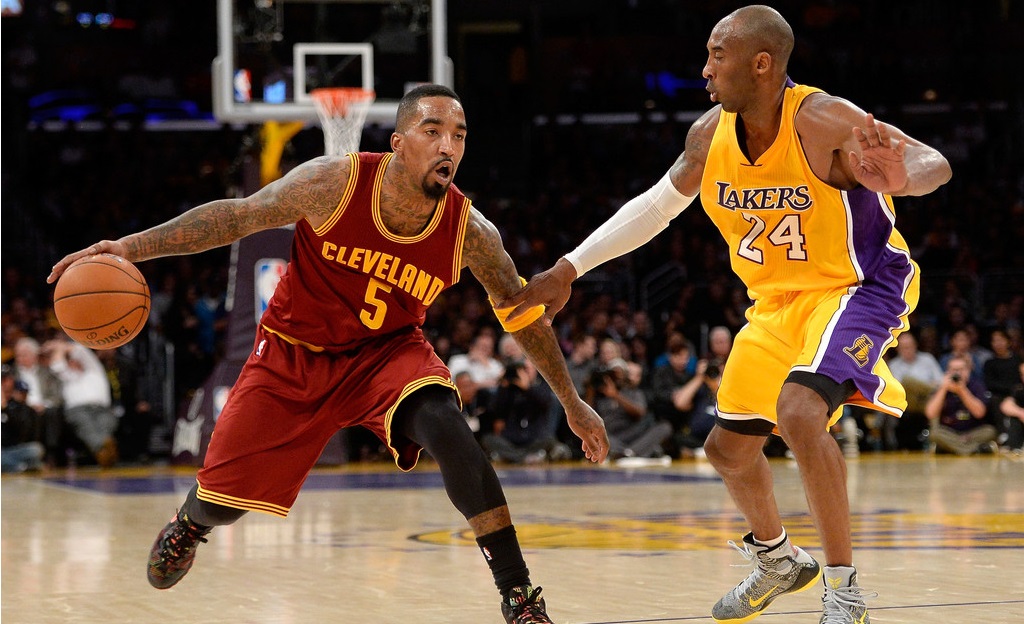 One of those players is J.R. Smith, who went on a twitter rant regarding Kobe. 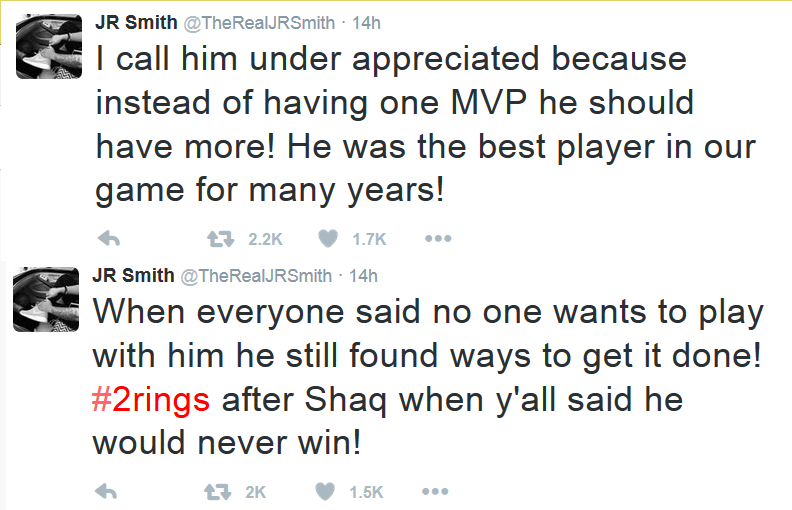 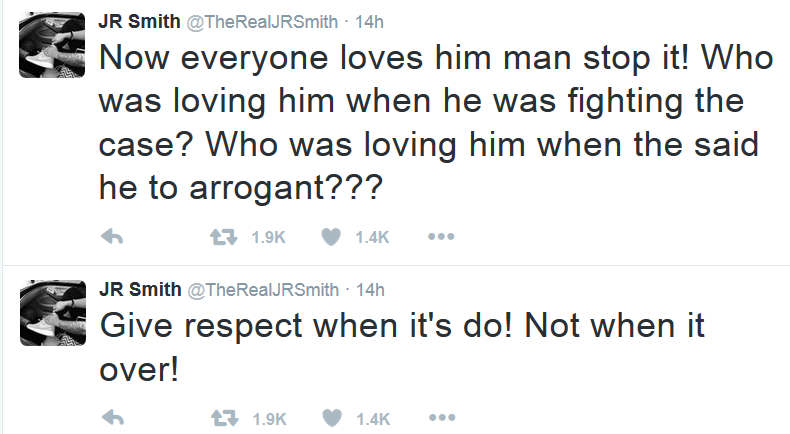 NBA players understand how much a player means like Kobe means and will mean to the league, so it’s no surprise that Smith went off.