J.R. Smith Gets Slapped with Lawsuit In Return To NY 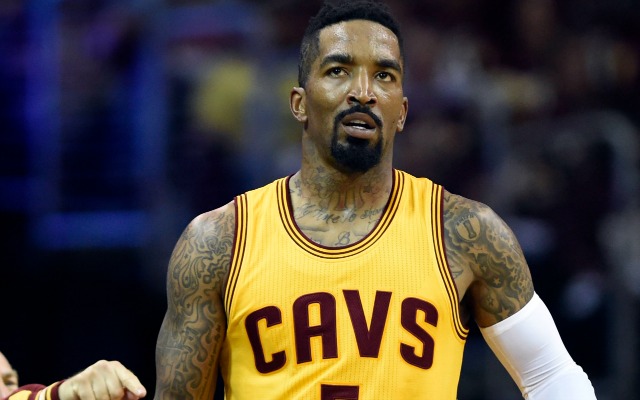 JR Smith’s recent dedication to defense and exorcisms of defense have contributed greatly to the Cavs elusive title of “team.” But, despite all his efforts, J.R. Smith can never seem to lose the limelight. Within the vicinity of MSG, it’s impossible. Last November, an incident involving Smith and a Manhattan pizzeria gave him his latest, arguably most dramatic episode.

Justin Brown, a teenager and fan, ran into Smith around 4 a.m. on a November morning. Brown wanted a photo, Smith did not. The Cleveland shooting guard was reported to have left 1Oak, a popular club in Manhattan’s Chelsea section prior to the encounter, adding to the circumstances of Brown’s forthcoming allegation. Recall that 1Oak was where another, traumatizing incident involving Hawk’s players Thablo Sefolosha and Pero Antic and law enforcement. If the NBA wasn’t already spooked enough, it also bares the painful memory of past Pacer’s player Chris Copeland, who was stabbed that night in a separate incident. Regardless of what you see when you connect these dots, Brown felt $2.5 mill-strong about it. According to ESPN’s Brian Windhorst

“In a lawsuit filed Thursday, Brown claims Smith turned down a request for a photo and then choked and struck him in his head and neck area. Brown is suing for physical injuries and emotional distress.”

This lawsuit comes after a two-month investigation, with undisclosed video from a security camera as the driving incident. Between a belligerent Brooklyn loss and a sensational Knickerbocker victory, Smith and the Cavs learned between what is wrong and right, and what warrants the limelight verse the spotlight. But, three days in the city that doesn’t sleep, Smith didn’t find and reason too lose sleep on the Cavs road trip:

On how the Cavs reacted to the situation:

“I mean, the organization has been great since I got here. Whether it was that or anything else, they’ve been unbelievable, so I’m grateful for that.”

Smith’s attorney, Alex Spiro, was livid about the accusations, challenging Brown to find “the audacity to file a frivolous claim against J.R.” He assured Smith “will counterclaim for defamation and defend the suit aggressively.”

Spiro deemed this case as “a cash grab from the start.” While the truth has not come out yet, a $2.5 million hit on his current contract wouldn’t boat well for Smith, who’s found his patented Swish stroke and a career goal to fight for in Cleveland this season. 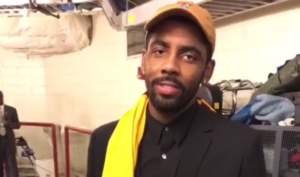 JUST IN: VIDEO: Kyrie Irving Made A Bet With LeBron James For Knicks Game And Won
Related TopicsJustin BrownNew YorkOak1