J.R. Smith Gets Mistaken For Kyrie Irving, Handles It Well 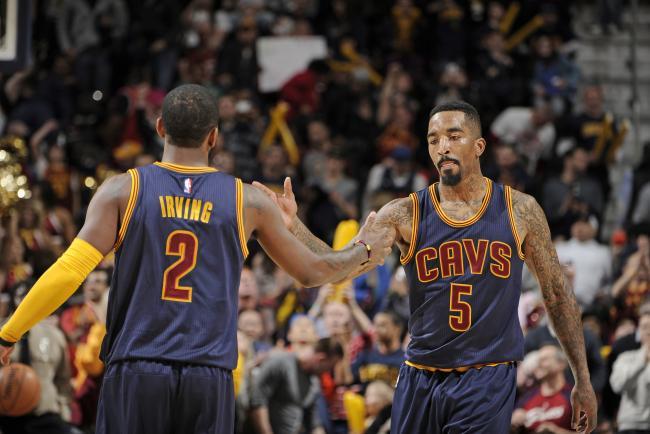 The Cleveland Cavaliers welcome Kyrie Irving back into the fray via a 22-point drubbing of the Philadelphia 76ers on Sunday afternoon. The euphoria over Irving’s return after six months of absence lasted even after play on the court has subsided.

One of the interviewers was obviously feeling it when J.R. Smith was mistakenly referred to as Kyrie Irving, but Smith still handled the awkward moment in a cool and composed manner.

I’ll be Kyrie. Let me get paid like Kyrie, too.

For the record, Kyrie Irving is getting paid $16 million while J.R. Smith gets $5 million this year alone. No offense to Smith, but Irving is indeed someone whom we’ll easily wish to become.