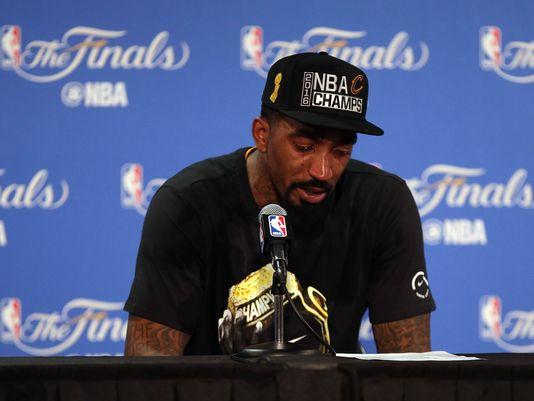 Not many basketball fans can appreciate the past like a Cavs fan can. Brutal history and sticky sentiments have always plagued Clevelanders and their players. The story of LeBron James, his disappointments and triumphs for example, all circle around an idea of letting go of the past for a hopeful future; but there are 13 other Cavaliers in that locker room who stand where they are today from different experiences. One of the more intriguing stories is that of J.R. Smith, who has dealt with the darkest form of remorse for years before his arrival in Cleveland.

.@TheRealJRSmith is thankful for the power of forgiveness and has forgiven himself for the car accident that killed his friend Andre Bell. pic.twitter.com/6t56T6CIvw

Through Bleacher Report’s Uninterrupted, Smith opened up about his journey, the people he’s touched and those who’ve touched him. He reflected on the hardest of times, including the death of his friend Andre Belle in a car accident Smith was a part of seven years ago. The incident took took him until last year to cope with, but Smith has finally found the strength to be thankful of his life. He found it through forgiveness.