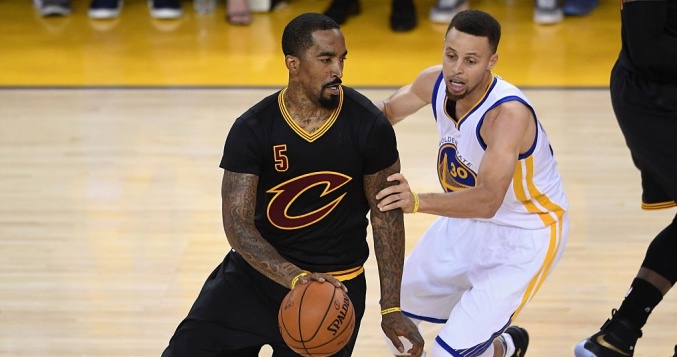 On Wednesday, Cleveland Cavaliers sharpshooter J.R. Smith spent some time on the links with professional golfer Jason Day as he prepared for the PGA’s Bridgestone Invitational event in Akron, Ohio.

Believe it or not, “Swish,” as Smith is affectionately known, isn’t just a dead-eye from beyond the arc. He’s also a great amateur golfer. In fact, his current handicap is somewhere around eight.

Golden State Warriors point guard Stephen Curry is also known to be an avid golfer in his free time. So, as a bit of a playful joke, the PGA’s official Twitter account decided to ask their followers which of the two basketball stars has the better golf swing. Smith and Curry shared a friendly exchange after the tweet was sent out.

I remember 2011 in Winston playing with you! We both got wayyyy better https://t.co/ir0NVS7f4j

For sure. We will tee it up soon. #NBATour coming soon! https://t.co/smXislU7Q0

Despite the fact that they’ve met in the NBA Finals for three consecutive seasons, it seems these two aren’t holding any grudge on the golf course.