J.R. Smith apologizes for lapse in judgement regarding the Jason Terry incident 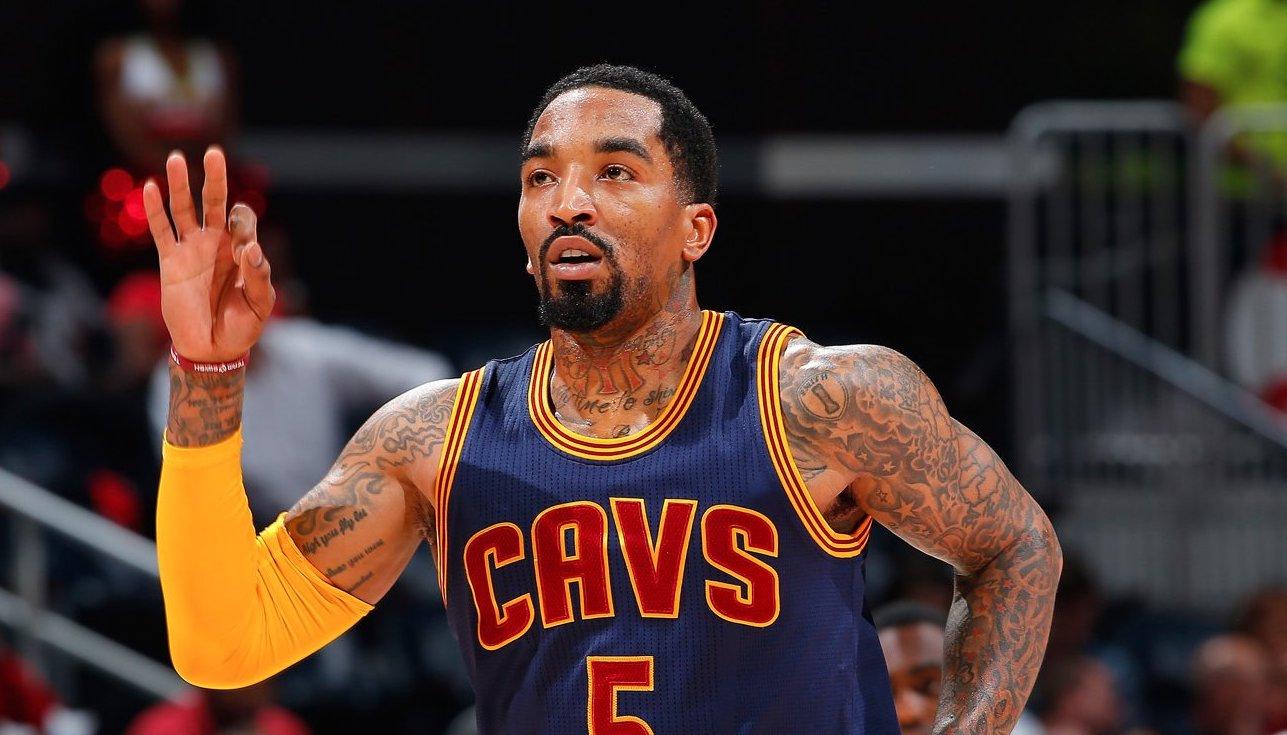 Cleveland is doing a solid job fighting off what is eloquently referred to as “The Championship Hangover.” While it is often forgiven by fans and coaches alike, many times teams start off slow, seeing lack of focus/effort/conditioning play out on the court. Cleveland has ignored most of these shortcomings, starting off the season 13-3, however their latest loss to the Milwaukee Bucks had some tell-tale signs of some post-championship overconfidence.

While LeBron James and Coach Lue both mentioned there was a general lapse in judgement by the whole team, the most notable of these was J.R. Smith’s mid play break to huge it out with friend Jason Terry.

While Lue mentioned that he talked to Smith about the error in his post-game, Smith clearly had some things on his mind following the game. Smith showed up wearing a ski mask to cover his face, responding to any questions about the lapse in judgement by claiming he had no recollection of the event. While Smith stated it was a joke gone wrong, clearly he felt as if what he did didn’t need explanation. Here’s what Smith said before Friday’s game, per ESPN:

“I said it more in a joking manner because you can see what happened,” Smith said. “Obviously, I wasn’t paying attention. For me to just sit there and tell you I wasn’t paying attention makes it plain and boring somewhat, especially when you’re asking a question you already know the answer to. But at the same time, I still have to give that boring answer, for whatever reason.”

Smith made it clear that he was both upset with his actions, and with his game in general, and that this lapse in judgement was the culmination of his shooting frustrations over the past several games

“This is the first … mental error that I’ve had since I was here (in Cleveland). I mean, I think that’s just one of the reasons why it’s so big because it hasn’t been seen yet here. And on top of not shooting the ball well. I mean, I’ve gone on streaks where I haven’t shot the ball well here, but I was always making up for it in other areas so it wasn’t as big. It’s just a part of the game. I got to do better with it.”

Smith is correct. Since coming to Cleveland he has been a model teammate, and has made it clear and open about how he is turning his life around. The only other similar issue came during the first playoff series of LeBron’s return, when Smith got in an altercation with the Boston Celtics Jae Crowder. Other than that, Smith has shown a professionalism no one in the league expected possible.
Smith has also shown a dedication to Cleveland and his teammates since arriving from New York back in 2015. Previously known for partying, Smith took kindly to Cleveland early, stating that the lack of things to do only helped his game. In a recent interview with SI’s Lee Jenkins, Smith stated:

“I’m never going to leave Cleveland… Even if they trade me someday, I’m going to live here forever.”

Statements like these help reassure people such as Coach Lue that this incident wasn’t malicious, rather that it was a mental slip resulting from the hitherto mentioned shooting slump. Focus has become the name of the game, both for Smith and the Cavaliers. Coach Lue in his post-practice interview mentioned that everyone is really locked in, and that the mistakes made in Milwaukee (such as using a curse word during the post-game presser) are all things of the past. Smith and Cleveland are back on track, and ready to keep winning, no lapse of judgement anymore.