It’s Time To Admit It: Cleveland & Tristan Thompson Are Not Exclusive 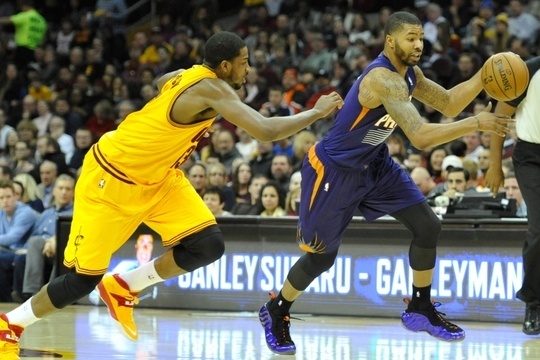 After an entire summer of contract talks, Cavs fans in the dark finally heard word on Tristan Thompson’s contract, and the dramatic anticipation did not disappoint. The Forward’s agent, Rich Paul, announced an ultimatum that makes Cleveland’s decision on Thompson’s future a gamble:

"All I know is TT on Qualifying Offer will be his last year with the Cavs" — Rich Paul on Tristan Thompson negotiations.

Plenty has been said on the delays of signing one of the league’s best sixth men, but none more fitting than the ridiculous max-offer demands of a backup big man. ESPN’s Windhorst reported earlier this week that the Cavs were offering Tristan Thompson “significantly less” than the $94 million max deal he was seeking. With a wall of luxury tax to climb with Thompson’s expectations and the stalling of a long-term, max-like offer from the Cavs, it’s no longer unbelievable to think this can be his last season with plausible evidence of a qualifying offer.

At this point, the Cavs need to thing larger than banking on Tristan Thompson’s athletic intangibles and rolling the dice with his lacking offense and rim-protection. There are plenty of Forwards that averaged more than Thompson’s 8.5 points and eight rebounds in 26 minutes a game. Markieff Morris, for example, averaged 15.3 points and 6.2 rebounds in 31 minutes a game last season.

Morris also took a recent PR hit with crime and has openly said he won’t re-sign with Phoenix Suns after the trade fiasco with his brother, dropping his value to the range of Brendan Haywood’s trade exception (rotoworld.com). The forward has an impressive offensive arsenal, moving like a Jahlil Okafor-inspired veteran. With four years of NBA experience, a troubled situation to leverage a redemptive attitude, and a ton of potential, the Cavs could avail a grand opportunity in Markieff Morris.

This is similar to the situation with Iman Shumpert and J.R. Smith, which ended up being last year’s season-changing trade. Morris has the tools Tristan Thompson rarely demonstrated that could make the difference for the Cavs in next year’s anticipated Championship run. Cleveland did after all witness first hand Morris’ career game:

However, the risk with Morris, as mentioned above, is his unstable mindset. He is a volatile personality that could potentially become a locker room problem. The Cavs did well with J.R. Smith but he already had a relationship established with LeBron James prior to arriving in Cleveland. Morris on the other hand is a stranger to everyone on the Cavs’ roster.

His numbers were also bloated in Phoenix as, last season, his usage percentage was at 23.3. To put that in perspective, Kevin Love’s usage with the Cavaliers last year was 21.7. If Morris isn’t scoring points, he can’t be trusted to dominate the glass or protect the rim.

With Kevin Love and Timofey Mozgov, Tristan Thompson becomes a dependable rebounding buffer, but the Cavs’ front court might need more than strength and a desire to win for a Championship. Undermanned, no will could carry the Cavs past Golden State’s deep infantry; Markieff Morris adds another, cost-effective weapon in LeBron’s army but David Griffin and company must be careful in weighing the pros and cons of adding someone like Markieff Morris to the Wine and Gold. 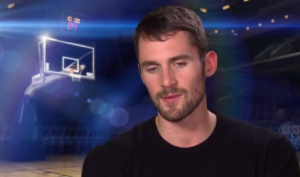