It’s here: the Big 3 we’ve been waiting for 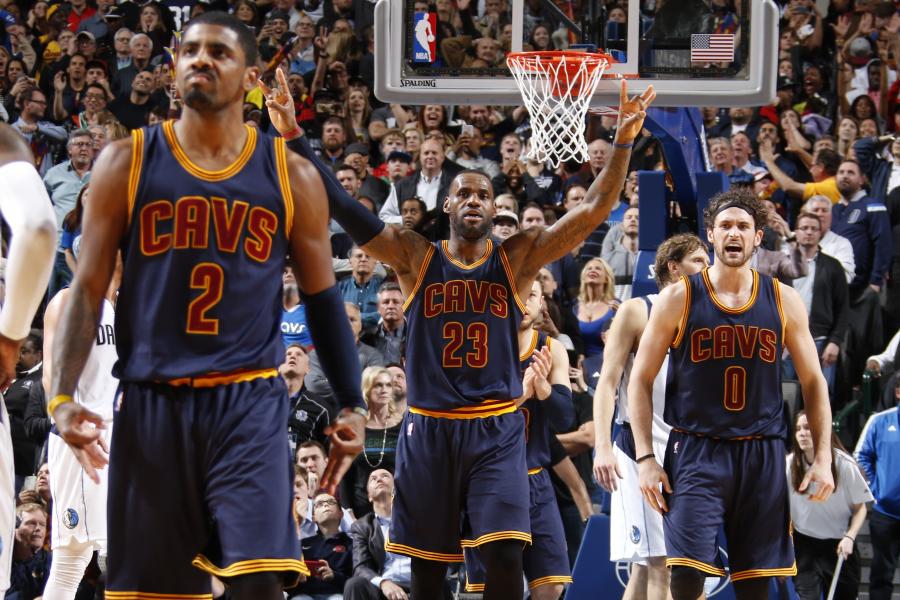 The Cavs have been outstanding, securing a commanding 3-0 series lead against the Pistons behind the brilliance of their Big 3. In Game 1, LeBron James, Kevin Love and Kyrie Irving combined for 81 points, 24 rebounds, 18 assists, 5 steals and 3 blocks in the win. When the Big 3 have combined for at least 80 points, the Cavaliers are 7-0 in those contests. In Game 3, they combined for 66 points, 25 rebounds and 13 assists in a road victory. After hearing ‘incomplete,’ ‘misfit’ and every synonym in between for months, the Big 3 are finally hearing antonyms. Each member is earning it, none more than Kevin Love.

Love has been a monster, meeting every expectation he set against the Pistons from a strong regular season against the Central Division foe. He’s feasted against the Pistons, rallying off three straight double-doubles in a series of career playoff performances. Three games into their 2016 campaign and the Cavs are getting the best of Kevin Love, averaging 21.3 points and 11.7 rebounds while shooting a sharp 47.8%. He played like a man who missed the playoffs after being dislocated from his shoulder and first run in 2015. Kevin Love’s latest results have aligned with his aggression, a level that can be unlocked when he gets on the glass early, as evident by his board count and ensuing confidence.

That confidence has extended to both ends of the court, especially at the 5 in his matchup against a dominating Andre Drummond, a daunting task that Love has turned into an embraced challenge (You can read more about this intriguing matchup here https://cavsnation.com/have-the-cavs-cracked-small-ball/). In fact, no other Cavalier has allowed fewer opponent field goals against the Pistons in this series than Love, per NBA.com/Stats. At times when Love has faced a smaller defenders, his teammates have found him. He’s converting 50% of his chances in the paint, and being a big man with touch, he’s been able to toy around with smaller guard who can’t contest, cashing in on 71.4% of his fadeaways (Per NBA.com/Stats). After last season, the general NBA consensus saw Love as a spot up shooter. The stretch four status that pundits tried to write in stone simply isn’t the case anymore. Love’s game is also contagious with symptoms of chemistry to the other members of the Big 3.

For the first time in his career, Kyrie Irving has found himself in the limelight this season with consistency keeping him out of the spot light. He’s been under the microscope for not getting his teammates involved, or registering high-assist games like other point guards around the league do. This may have some truth, but we must remember, Irving is dynamic scorer; a guy who can put the ball in the basket as good as anyone playing the game today. While running an offense through Kevin Love is preferred to ensure ball movement to all scoring options, the Cavs do run a specific sets in the beginning of games to get Irving going. Playing off Kevin Love, Irving usually gets multiple screens to find wide-open looks on the baseline. This opening strategy has led to his blistering 26.3 points a game with 4.7 assists, 1.3 steals while sinking 9.7 field goals/game (tied for the highest on the team with LeBron) in this first round series.

The Cavs need to get Mr. 4th quarter going early, especially in situations like Games 1 and 2 where the Cavs found themselves in early holes. In Game 2, Irving scored 11 of Cleveland’s first 15 points, and in the process found a stroke he’s lacked for this season back from the 2015 kneecap sendoff. He’s 43% from beyond the arc, a pleasant bump from his 36% season average. Irving typically comes out halfway through the first quarter, then starts the second period with the bench unit. They rely on Kyrie to be their scorer, as the rotation players are usually defensive oriented individuals. This bodes well for Kyrie, who is asked to be the inner scorer he is. Throughout the contest, the Cavs must continue to pile on the points, and they have a talent capable of delivering this. With Kyrie playing the 2 and getting his shots up, his facilitating role is minimised and the Cavs can operate at a more fluent and smooth pace. Moving forward, it is likely you will see Irving take most of the Cavalier shots and consistently being their leading scorer, this has already been the case for Games 1 and 3. This is the way it has to be, because misusing Kyrie’s scoring ability will not help the Cavs achieve something special this postseason. Coach Lue has shown great promise in using Love and Irving correctly, and he can be giving the third and most vital part of the Big 3 the help he needs in this 2016 quest.

As always, the Cavaliers will only go as far as LeBron takes them. He places an incredible load on his shoulders, and will continue to do so throughout the playoffs. His overall importance was again on display in all games so far. In the seven minutes that James sat in Game 1, the Cavaliers were outscored 23-10 and shot just 27% from the floor. LeBron is always the difference, and there really isn’t a scenario in anyone’s mind where the Cavs win without him. As far as his role is concerned, the approach he takes is very intriguing during each outing. We all know LeBron can score the ball when he wants, but it’s his ability to elevate the play of his teammates is what makes him great.

When LeBron assumes the point guard role, the Cavs are at their best. Open shots are generated and the ball movement can be devastating at times. Examples of this were the Cavaliers nine pass possession ending with a Matthew Dellavedova long two from the top of the key in Game 1. Or the baseline save pass by Love to JR, who then found LeBron rolling to the rim before kicking it back out to Love for a huge corner three late in the fourth in Game 2. LeBron possesses the unique talent of making others better, and even though the Big 3 are enormously important, the Cavaliers will need their entire roster firing to help them achieve their goals. When James is facilitating, when Kyrie slides to the 2 spot and when Kevin Love is mixing up his inside and outside game, the Cavs find the perfect balance on the offensive end. LeBron needs to continue to run the team and score when the Cavs need him to score. As long as James continues to be the point-forward, the Cavs are very hard team to beat.

The Cavaliers Big 3 are a dominant trio when firing on all cylinders. When all three are clicking in unison, the Cavs are almost unstoppable. Their growth and chemistry together is very much on display, and their sacrifice for each other is even more impressive. As long as the Big 3 continue to execute their roles and play at a high level, the Cavaliers will be close to unplayable. 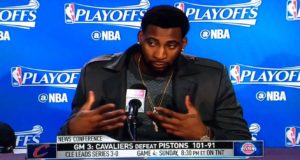