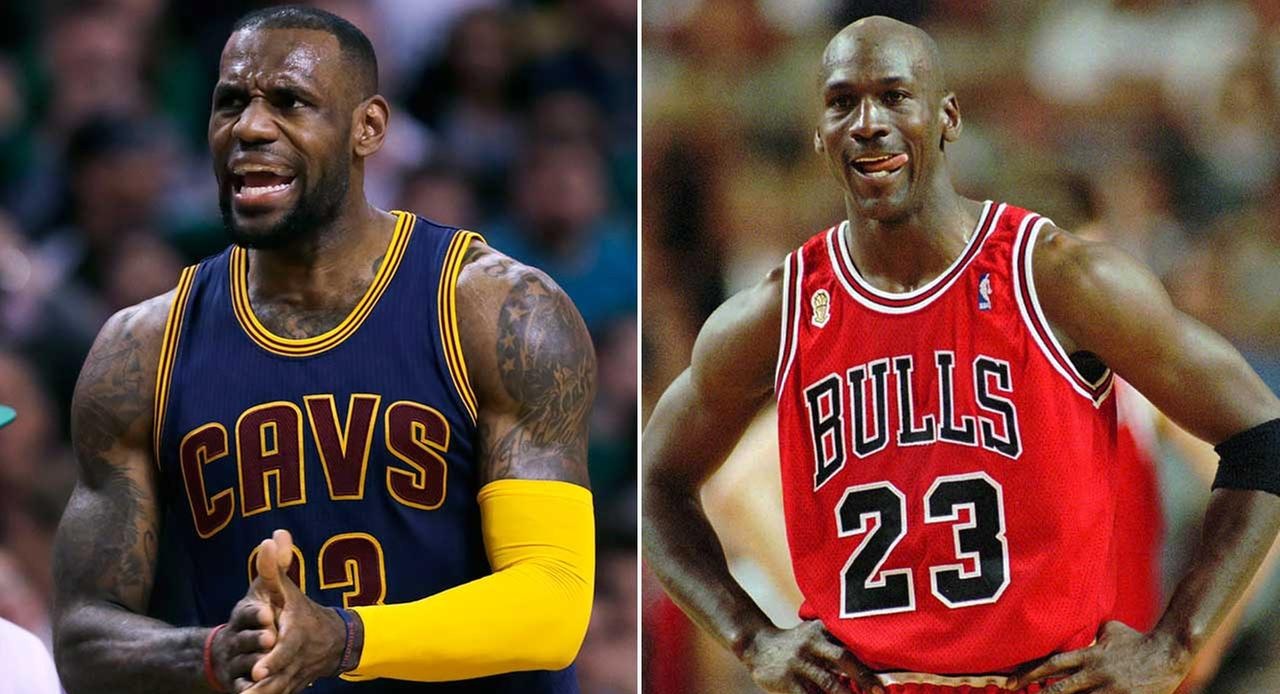 The NBA community is still buzzing after an epic night draft night with some of the recently struggling franchises drafting players they think can push them closer to elite status. Whilst the front offices of those franchises continue to work on restructuring their respective rosters, there is an element of the unknown on where they will stand come the new campaign. One of the aspects of the NBA that is definitely not a mystery is who is widely regarded as the best player in the world. That mantle still belongs to Cleveland Cavaliers’ superstar LeBron James.

The kid from Akron put up another all-time Finals appearance just weeks ago, but it wasn’t enough as his gallant Cavs’ outfit fell to their nemesis Golden State Warriors in five games. It was a tough break for James, who put everything on the line yet again only to fall short in a result largely out of his control.

It was another eventful season in the association for both James and the wider NBA, as social issues and the never-ending debate of who is the GOAT between he and NBA icon Michael Jordan was an ongoing storyline which engulfed the league. Yet again, the four-time MVP was at the heart of all the discussions, and continued to use his platform as a voice people could rely on and look to for guidance in understanding certain social realities.

Crazily enough, James himself was on the receiving end of a racial attack, as his home was broken into and vandalized with racial slurs. At that point, the three-time champion could have sat back and let it blow over, but again to his credit, he spoke out on a very real issue that plagues his country, and it caught the attention of the entire world.

One person in particular that applauded James for his outspoken nature was NBA and Detroit Pistons legend Isiah Thomas, who had nothing but praise for James. Due to his excellence on the basketball court as well as his stance and socially aware nature, Thomas put James above NBA icon Michael Jordan as the greatest player to ever play the game via CBSSports.

“LeBron James has always used his platform and his voice to shine it on communities and on the powerless in our society,” Thomas said. “… In this moment right here, he has moved — in my opinion — into the greatest ever.
“Why? Because what he’s done in the game and what he’s doing outside of the game. … What LeBron James just did today for this generation and generations to come, on this day, what he just stood for and what he just did socially with that press conference, he’s the greatest player to ever play the game.”

"What LeBron James just did today for this generation and generations to come… he's the greatest player to ever play the game." – Zeke pic.twitter.com/vy1jNCO8Ky

Recently, Thomas reiterated and elaborated on these thoughts and feelings as he joined the Bull & Fox podcast where he was asked if he did indeed have James above Jordan as the greatest ever.

“Absolutely, and the reason why I say that is because, you know, the way I was raised and the era I was brought up in, a champion, particularly as an African American champion, you are always required to do more. And what I mean by do more is there was a social justice mission that came along with being a champion, and when you were the champion you had to speak up for the voiceless and all of our champions did that, and LeBron James as a champion not only in Cleveland but when he was in Miami with all of the racial strike, unemployment, political debates going on, LeBron James took a stance. He wasn’t silenced. He spoke up and spoke out for the voiceless. And I was, you know I was one of the ones down in Miami I was at FIU when he was with the Miami Heat, I wore a hoodie on stage with Alonzo Mourning and a couple of the other political leaders and LeBron and his teammates posted the hoodie with referencing Travon Martin. When you talk about social justice and what a champion stands for in this country, he or she has always spoke up and out for the voiceless and that’s why I put LeBron James over MJ not only as a basketball player but also as someone who has stood up and spoke out on these issues. “

There is no question that James has been an example to athletes and individuals all over the world and will continue to do so. Names such as Kareem Abdul Jabbar, Oscar Robertson and Muhammad Ali were not only recognized for their greatness on the court, but more importantly the impact they had off it as well. James will likely join those names as he continues his illustrious career and for generations to come.

Listen to the full podcast here. 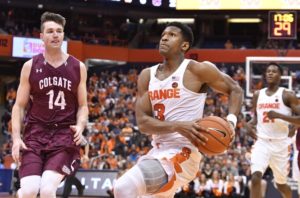