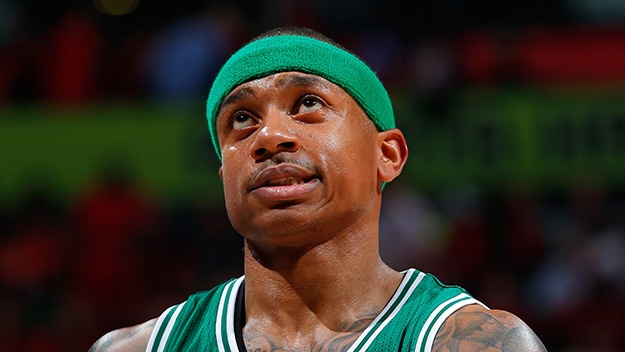 If you’re a basketball fan, there is a good chance you remember the 1996 Warner Bros. sports comedy film “Space Jam,” starring Michael Jordan and the Looney Toons. Jordan gets sucked down a golf hole, Mr. Swackhammer (owner of an intergalactic amusement park named Moron Mountain) sends his minions, “the Monstars,” to steal the talent of NBA players, and Bugs Bunny saves the day in a fictional basketball game for the ages — with a little help from Lola Bunny and the “Tune Squad.”

Despite being dismantled by the defending champion Cleveland Cavaliers on their home floor in Game 1 of the Eastern Conference Finals, Boston Celtics point guard Isaiah Thomas is remaining confident in his team. The 5-9 ball-handler says the boys from Beantown are “not scared of Cleveland.”

“We’re not scared of Cleveland,” Thomas told reporters Thursday afternoon. “They’re not the Monstars. They’re not (in) Space Jam. They lace up their shoes just like us. They just happened to play better than us in Game 1. We just have to protect home court in Game 2 and get a win.”

While it is true that the Cavaliers are not the Monstars (though LeBron James is expected to play a role in the sequel of Space Jam 2), they are still an extremely dangerous team. In fact, the champs are currently riding a 12-game winning streak in the postseason and have shown no signs of slowing down.

Thomas’ confidence is certainly admirable. We’ll just have to wait and see how Game 2 shapes up. Tip-off is scheduled for 8:30 p.m. tonight on TNT, right back inside TD Garden.

I knew this looked familiar. pic.twitter.com/4oLxH4TwFw 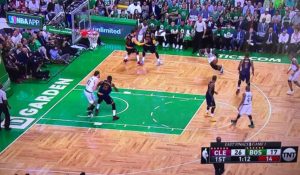