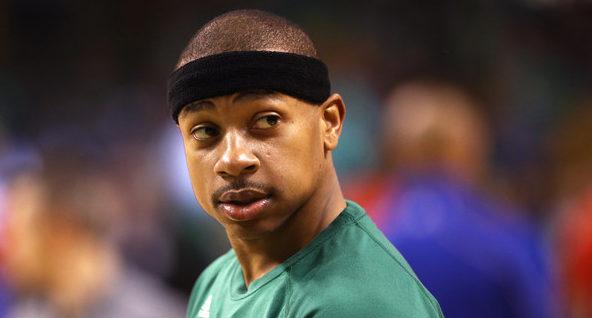 Isaiah Thomas’ potential as a point guard and NBA player is amazing. With all athletes however, there is a very real concern when it comes to injuries hampering players’ potentials in such physically demanding games. Isaiah Thomas is no different, as he is currently rehabilitating a nasty hip injury involving a Femoral-acetabular Impingement with a torn labrum.

The injury bothered Isaiah in the playoffs series against the Cleveland Cavaliers in the Eastern Conference Finals when he was still with the Boston Celtics, but may have existed longer and originated from an early time in this past season.

Initially believed to be a groin strain, the advances in medicine revealed the issue’s true nature. Tom Haberstroh of ESPN went into some detail about this further by talking with the doctor who performed most of the hip labrum surgeries in the NBA.

“Because of its close proximity to the groin, an FAI has been mistaken for groin muscle problems in athletes for decades, according to Dr. Marc Philippon of the Steadman Clinic in Vail, Colorado. Since 2010, there have been 13 documented surgeries to repair torn labrums in the hips of NBA players, often dealing with an FAI. Nine of those 13 surgeries were performed by Philippon, according to ESPN.com research.”

Isaiah Thomas isn’t the first NBA player to deal with this injury, though it is a newer one being treated. The ability to properly treat hip labrum injuries stem from advancements in diagnosing the root of an athlete’s problems more efficiently and effectively.

As covered by Jeff Stotts of In Street Clothes, several athletes between have had surgery for torn hip labrum’s in the last several years, as the injury is better recognized by medical professionals.

IT’s choosing a non-surgical option for his injury however, opting for therapy and strengthening of the injured area. This carries risk with it as the injury might be re-aggravated, but also allows for a quicker return to the basketball court. While Cavs and NBA fans would like to know how other players, who opted for a non-surgical route, performed like, that will be very hard information to come by publicly.

Revisiting Tom Haberstroh of ESPN, his article revealed that “Philippon says a ‘lot of players’ come to see him for a hip tear but they don’t fix it surgically, and no one hears about it.”

While this may obviously cause frustration about not having a timetable for Isaiah’s recovery, along with his condition when he is finally cleared to play, there is a silver lining of sorts. As stated, many players seem to play through the injury. Additionally, it was recently released that Thomas is much tougher than most thought, as Kevin O’Connor of the Ringer wrote:

But while there are questions to raise, multiple front-office sources explained Thomas’ decision to forego surgery on the hip as such: He has apparently dealt with the injury for years and still managed to produce at a high level. “The limp he walks with is not swag,” said one source who is familiar with Thomas’s injury history. “He’s got an issue that he just plays through.”

That would obviously provide some missing context to those that assume Isaiah merely ignored surgery, when he obviously feels he doesn’t need it at this time. Knowing he’s played through pain for years helps to ease some worrisome thoughts, though there will always be concern for its re-aggravation.

One can assume that Thomas knows how important this upcoming year is not only for him, but the Cavs in general. Surgery would take him out for an extended period of time, and the time for Isaiah to shine is now. The addition of Thomas, Jae Crowder, and Ante Zizic will help the Cavaliers to bounce back strong this upcoming season. Here’s hoping they can help bring some toughness and grit on their way towards bringing another championship for the Cleveland Cavaliers.