Is Tristan Thompson Or Timofey Mozgov More Important For The Cavs? 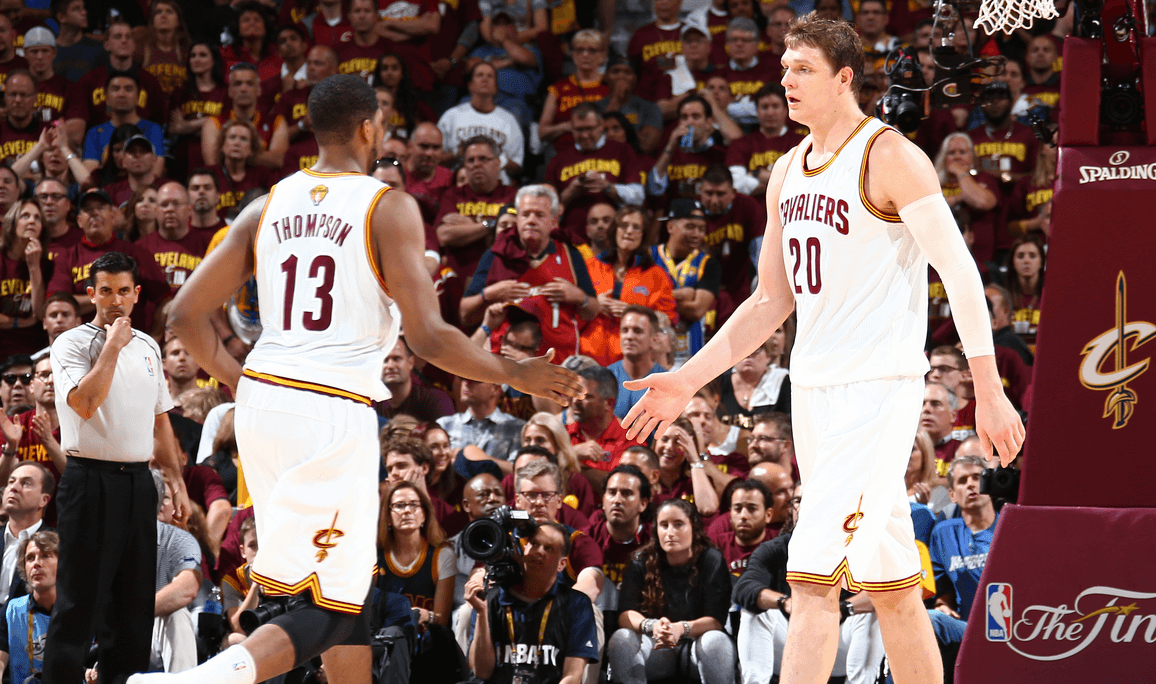 Timofey Mozgov and Tristan Thompson both are key pieces to the Cleveland Cavaliers frontcourt. They were key pieces last year and hopefully going into the future. Of course, Tristan Thompson still has to sign, but we all have heard about the controversial contract stalemate by now. Thompson is making what some say are outrageous contract demands. There’s no denying that he’s an important part of the potential Cavaliers championship puzzle, but at what price? Thompson is a restricted free agent now, and Mozgov will be an unrestricted free agent next summer. That means that, although Mozgov may like what he has in Cleveland, he may not take a pay cut not stay there. We take a look at both Timofey Mozgov and Tristan Thompson and discuss who is most important to the Cavs future.

Timofey Mozgov was acquired in a trade from the Denver Nuggets on January 7, 2015. He was traded for two future second round picks by the Cavs. Mozgov averaged 9.7 points, 7.3 rebounds, and 1.2 blocks per game. Mozgov is a force on the glass and proved to be the defensive stopper Cleveland needed the rest of the way. As if that wasn’t enough, Mozzy stepped up his play in the playoffs and was unstoppable in the NBA Finals. It will be interesting to see just how much he is featured offensively this year now that everyone on the team knows what Mozgov is capable of. It seemed that coach Blatt was really learning how to use Mozgov and play to his strengths by last season’s end, so if he continues to improve and be the force he can be, there’s no reason why he cannot have a big 2015-2016 NBA season.

Tristan Thompson has now been in the league four years with the Cavs and believes he is justified in his 5-years, $94 million contract demand because he has the potential to be a star in the NBA. A lot of fans think he’s greedy because of the stats: whether with LeBron or without, Thompson is a bench player who only averaged 8.5 points and 8.0 rebounds with less than an assist, a steal, and a block per game.

I think every fan would agree that at this time, Timofey Mozgov is more important to the Cavs for a few reasons. First off, Mozgov is the Cavs’ starting center this season. Meanwhile, Thompson is an important part of the team, but he comes off of the bench among a crowded frontcourt. Mozgov is also more offensively and defensively polished as of now, and the Cavs are clearly thinking about winning now. If Coach Blatt really wanted to, he could start Thompson at center and go from there, but they’d be giving up a lot defensively. While Thompson could eventually be a better offensive and defensive player with time, the clear answer would be Mozgov.